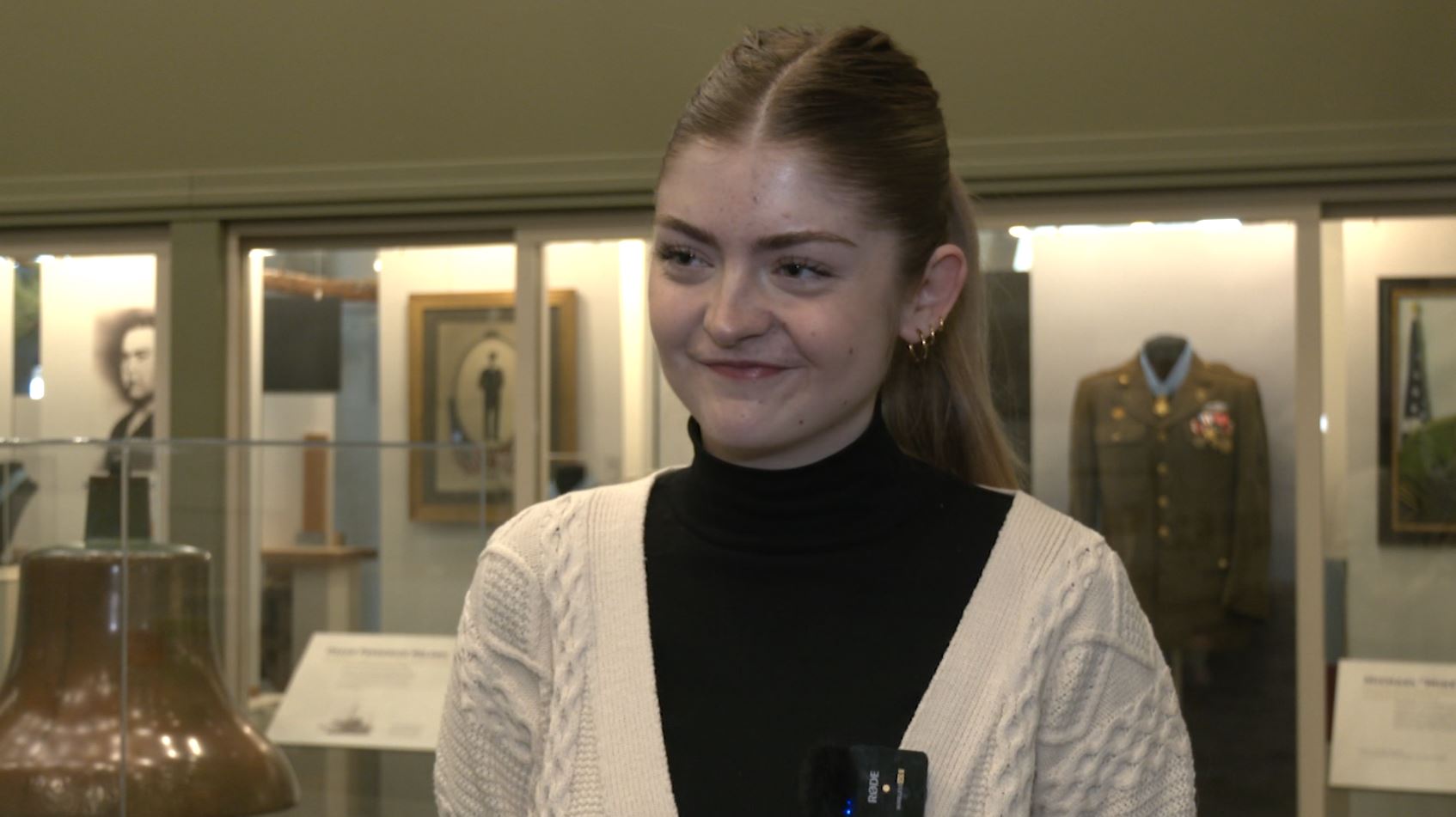 “I like that this award allowed me to learn things about my own family history that I probably wouldn’t have ever explored had this not existed,” shared Megan.

This scholarship was founded in memory of Sergeant Mike Colalillo, a Saint Louis County native WWII Veteran who had taken on a job and dropped out of high school to help his family after his mother passed away at 16. The breakout of World War II, prompted Mr. Colalillo to join the United States Army, on March 7th 1944.

During his active duty, then Private First Class Colalillo, showed tremendous courage and bravery toward his fellow soldiers. It was through his brave actions that he was awarded the Presidential Congressional Medal of Honor for acts of Velour in December of 1945 by President Harry S. Truman.

Megan Nygarrd is a currently a junior attending Boston College in Massachusetts where she study’s biology in hopes to become a physician’s assistant. Megan’s plans for the next semester include studying science and history abroad in London.