For the past 14 years, Rebecca Montgomery, Ph.D., and Artur Stefanski, Ph.D., have been working alongside other University of Minnesota scientists to conduct a rare experiment exploring the impacts of climate change on the state’s Northwoods and the southern boreal forests.

“We are actually in the perfect position because we are in the transition zone between temperate forests, which is south of us and the boreal forest, which is north of us,” explained Stefanski.  “There’s sort of like a constant fight between them to see who will be better and outcompete the others, and so with climate change, that zone will be the most sensitive.”

The team has two research sites, the Forestry Center in Cloquet and the Wilderness Research Center in Ely. To replicate a warmer climate, the trees in the study are heated by infrared heaters above ground and warming cables below ground.

The trees are divided into three separate groups. 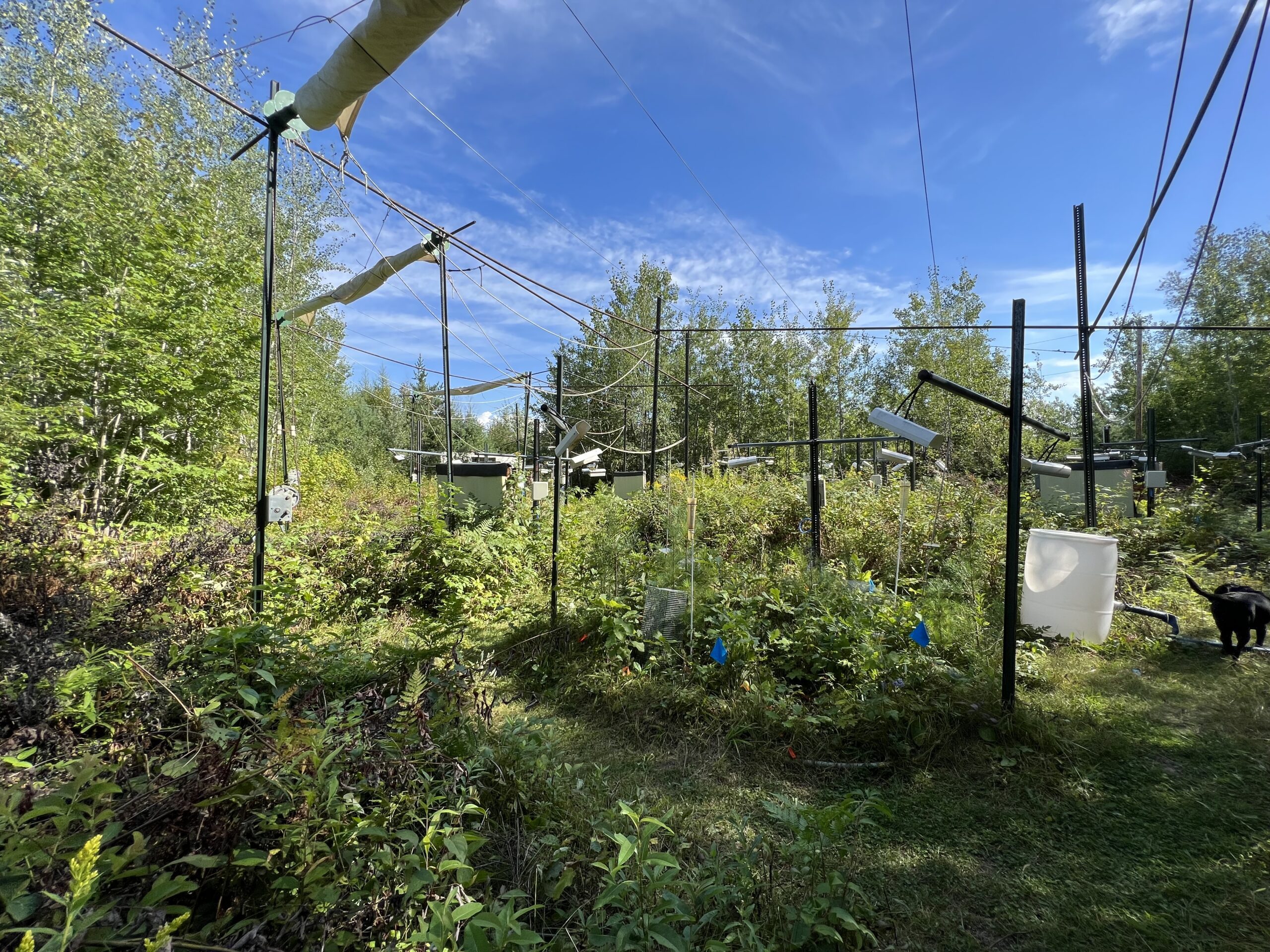 Even a modest warming will impact the Minnesota Northwoods, according to a University of Minnesota climate study.

This allows the researchers to compare the current conditions with what may happen in the future.

“We are sort of like fortune tellers looking in the crystal ball and trying to see what will happen to those plants 50 to 75 years roughly from now,” said Stefanski.

While most studies last four years, this one has gone on much longer, giving us more answers.

“The more diverse types of weather that we are able to study, the impacts of warming and of of additional reductions in the the rainfall coming in, the more robust I think the conclusions and the interpretation we can make,” said Montgomery.

The researchers have published over 40 papers so far. The most recent predicts a grim future for our forests.

“The warming that’s predicted over the next 30 to 50 to 70 years could cause major changes to the forests here,” explained Montgomery. Those changes include some of the most common species here, like the spruces and the firs that I think sometimes we really think about as iconic species of the Northwoods in Minnesota. Our study shows that they have 50% higher mortality under warmer and drier conditions that are simulating these simulated future conditions.”

Although the Northwoods are at risk, the southern boreal forests may acclimate better.

“Things like maples and oaks that are more common just south of here and are less common in these forests, actually benefit from warming and sometimes can also benefit from drier conditions,” said Montgomery.

Time is of the essence for the transition to new species.

“Our study basically suggests that there could be some uncertainty and some period of time where the forests are in transition and may be actually vulnerable to things like non-native invasive species and other stressors on the forests,” Montgomery explained.

The team hopes to continue their study. As for now,  an impact can be made by sharing what they’ve learned with those who make decisions about these forests.

“Being able to help them think about which species are vulnerable that they may need to provide extra support for or they may need to say we should start focusing on these other species and looking to those species that are predicted to be more successful in the future.”

“Our work can support on the ground management, conservation, parks, and protected areas to make decisions and understand what the future might look like for the forests and make decisions about what they do in those forests that could support them into the future,” said Montgomery.