Serving their community is just what the Kleive family does.

Three of them were on the recent deployment of 148th Fighter Wing personnel to Saudi Arabia: Kalei, Devin, and their father, Scott.

Ahead of Veterans Day, Kalei shared about what it was like to be with them on the same mission.

“It’s super comforting to know that you have the support of your family while you’re over there. And we all work in maintenance,” she told us. “The 148th is already a family. And everybody is so supportive. Having that extra support allowed me to give more to people who also needed it in the deployed location. Because it’s not easy for everyone.”

Back in 2018, she and Scott had deployed to Kuwait. 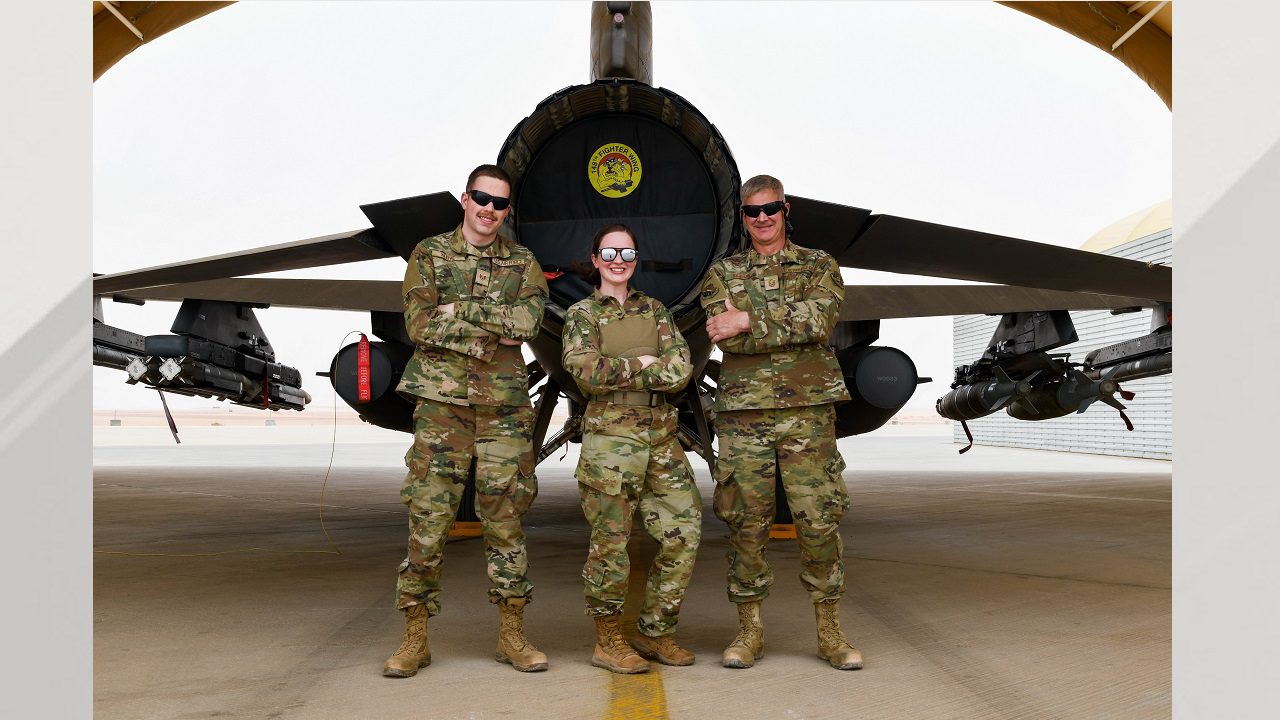 She joined the service right after graduating from Duluth East in 2016. Her brother joined soon after that.

“I think the military allowed me to excel in both my leadership and mentorship. Even though I’m still young in my career, I feel like I’ve gained so much experience,” she added.

As for what Veterans Day means now, she said it is different, once you’re a veteran. “It’s really awesome to hear people say thank you, when they hear your family is so involved. We’re all happy to be part of this community.”

Scott was a firefighter with the Duluth Fire Department.

Devin is attending UMD to get a degree in criminology. He’s interning at the Duluth Police Department.

Kalei is working on her master’s degree, also at UMD. So they are Bulldogs in more ways than one!