Associated Press and KSTP contributed to this report WDIO 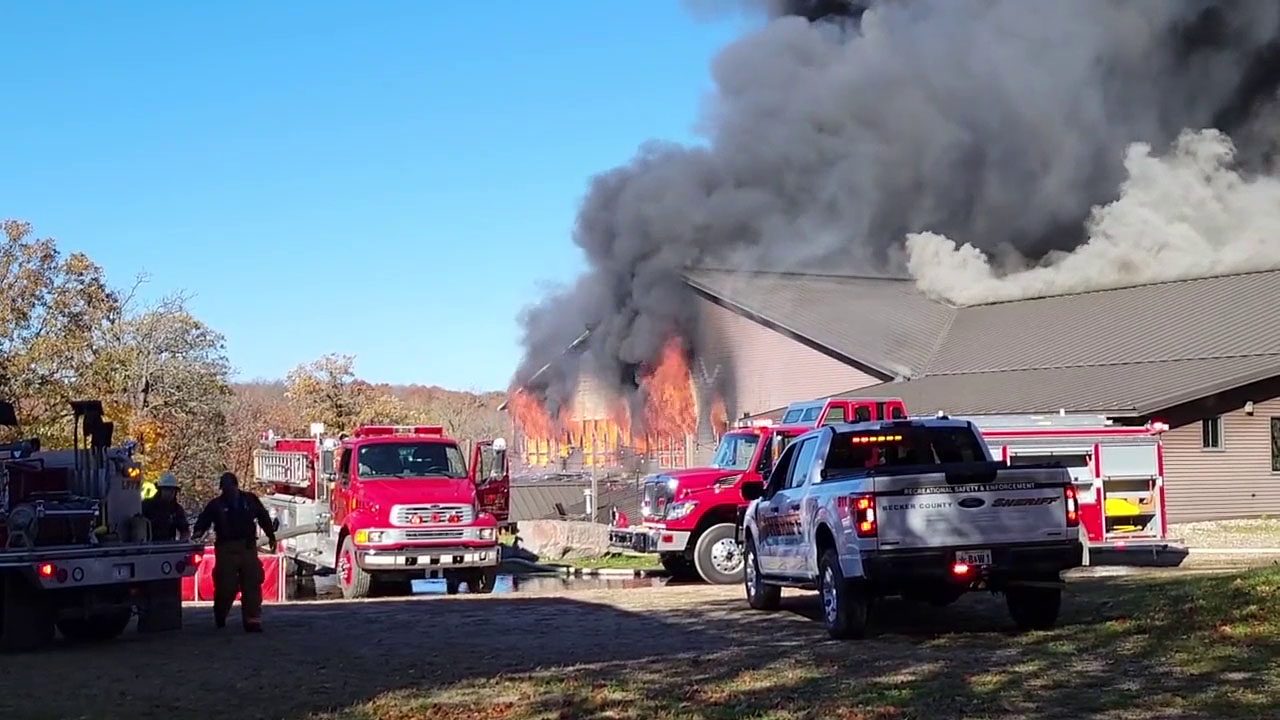 CALLAWAY, Minn. — Fire has destroyed the main lodge at a popular ski resort in northwestern Minnesota. Officials say the main building at Maplelag Resort, which caught fire Monday morning, is expected to be declared a total loss. The cause of the fire near Callaway in Becker County, is under investigation.

Owner Jim Richards says there is no question about it, they will rebuild. The hope is at least some structures can be saved.

Richards says he was catching up on e-mails Monday morning and getting ready for the upcoming ski season when he heard a loud sound. Richards believes the fire may have started in the laundry room.

It’s the second time in 23 years that fire has burned the lodge. In December 1999, the resort’s main building was destroyed by a late night fire. The Richards family, which owns the resort, closed it for the winter and rebuilt, just as they plan to do once again, KSTP-TV reported. According to Richards, the first rebuild included more modern fire safety features.

Richards founded the resort with his wife nearly five decades ago and says he plans to rebuild so it can continue to be a destination for people from all across the country.

The fire has the small community rallying behind the Richards.

“I know the family. They put in a ton of work every year. To see this go down like this, it’s very sad. I feel bad for them and everybody who works for them,” said Becker County Sheriff Todd Glander.