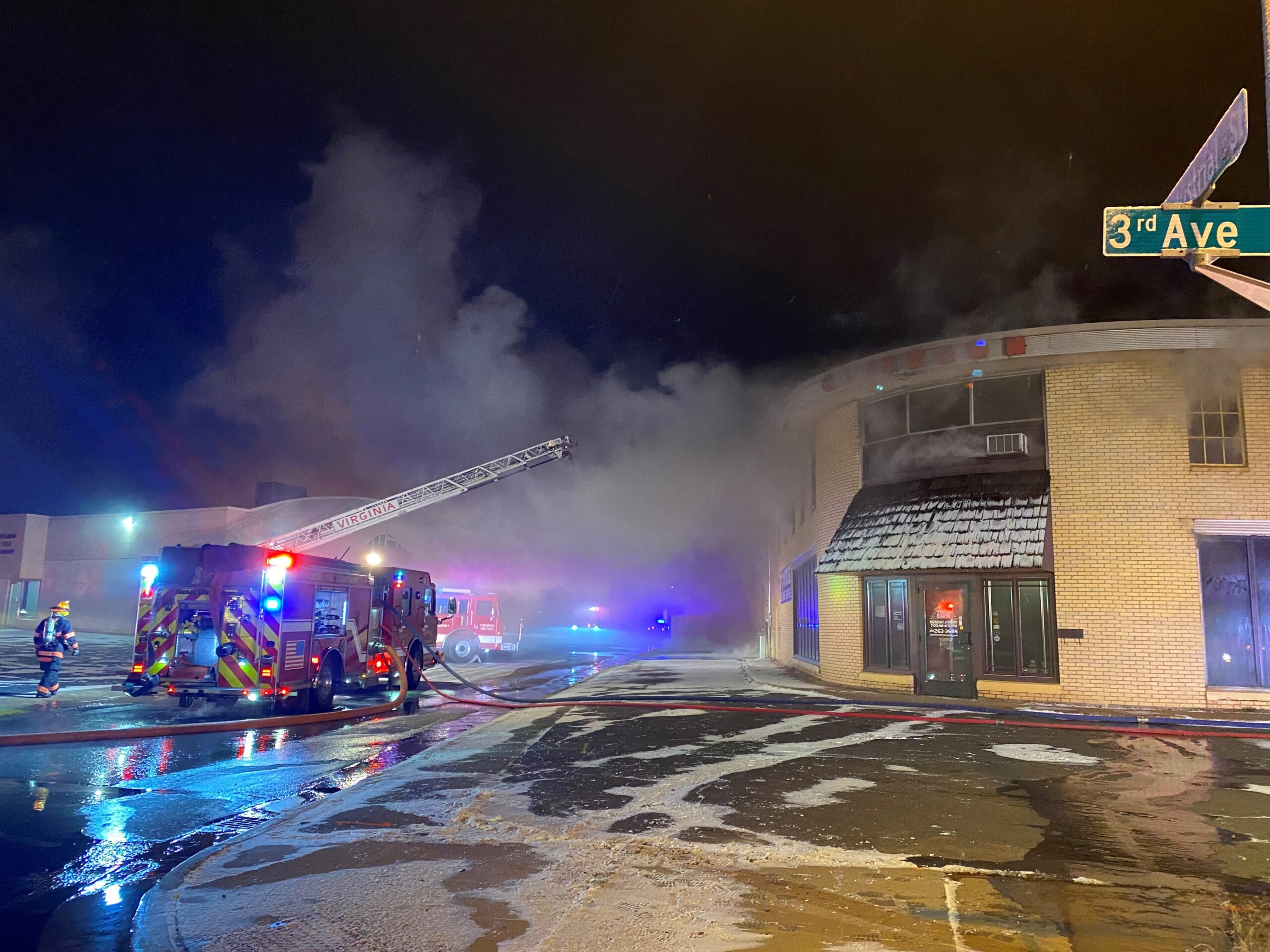 A fire broke out in a supply building in Hibbing. Around 9p.m. Friday evening, crews responded to a report of a fire on the 1800th block of 3rd avenue east in Hibbing.

The blaze took over the Yoder Building Supply store. Over half a dozen Iron Range fire departments responded to the call and arrived on a scene of heavy smoke and flames.

Fire crews were on the scene for 9 hours. Finally extinguishing the blaze at 6:00am on November 12th

The Hibbing Fire department says the roof collapsed in the middle of fighting the blaze and damages are estimated to be about 1.5 million dollars.

There were no injuries reported as of now authorities say the building was unoccupied.