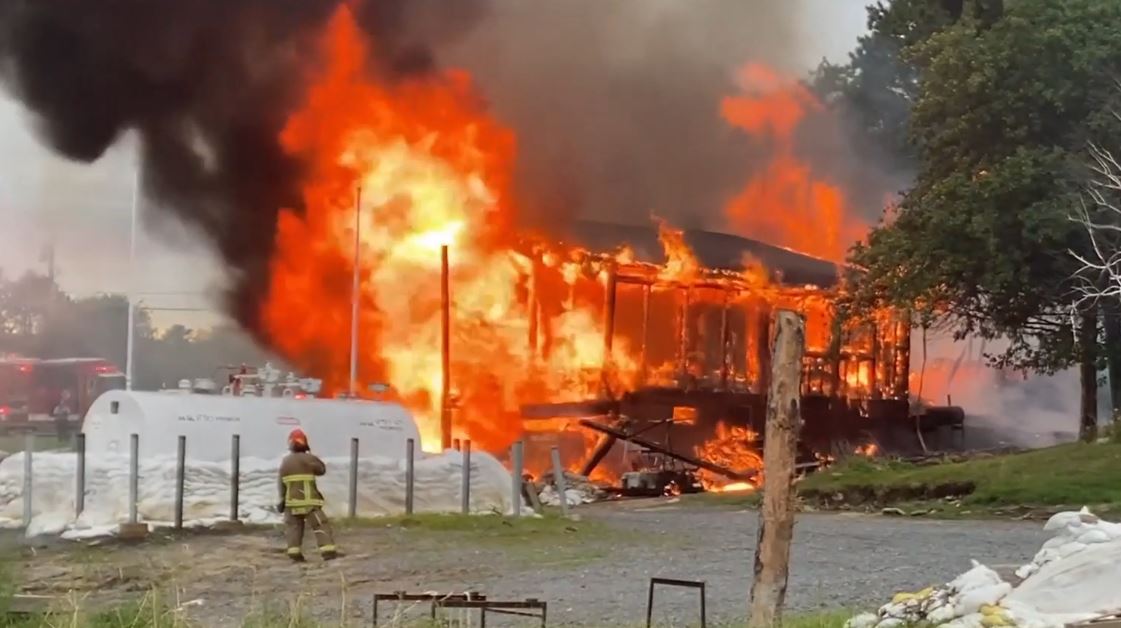 Authorities said Thursday that firefighters found her body at 11:20 p.m. Wednesday. The fire was reported at 5:11 p.m.

The deceased woman’s daughter, a 51-year-old, is in critical condition. And Koochiching County authorities say a 12-year-old girl is reportedly “stable” after the fire near International Falls.

The 51-year-old daughter had reportedly tried to go back inside to rescue her mother. She was taken to Rainy Lake Medical Center and then airlifted to another facility. Officials did not have an update on her condition Thursday.

The 12-year-old is being treated at Rainy Lake Medical Center.

Officials say the older log structure of building made the blaze even hotter.

The fire was mostly under control by about 8:25 p.m. Wednesday.

The Minnesota Fire Marshal will investigate the cause, but county authorities say early signs point to it being accidental.

A video shared by Rainy Lake Guiding showed the structure engulfed with flames. Officials said this was the main business office and home.

The Rainy Lake Medical Center called in additional staff, according to a post on their Facebook page.

State Fire Marshal’s investigators arrived at Northernaire around 10 p.m. to start the investigation.