The last time the Festival of Sail came to the Northland, COVID-19 was not yet a part of the global vocabulary.

On a three-year cycle, the tall ships returned Thursday for the first time since 2019, marking the festival’s first appearance in Two Harbors.

“My wife has seen this many years ago in Duluth, and we’re familiar with Two Harbors, but never seen anything like this,” Duane Bradley said.

He and his wife Karen made the trip from the Twin Cities. 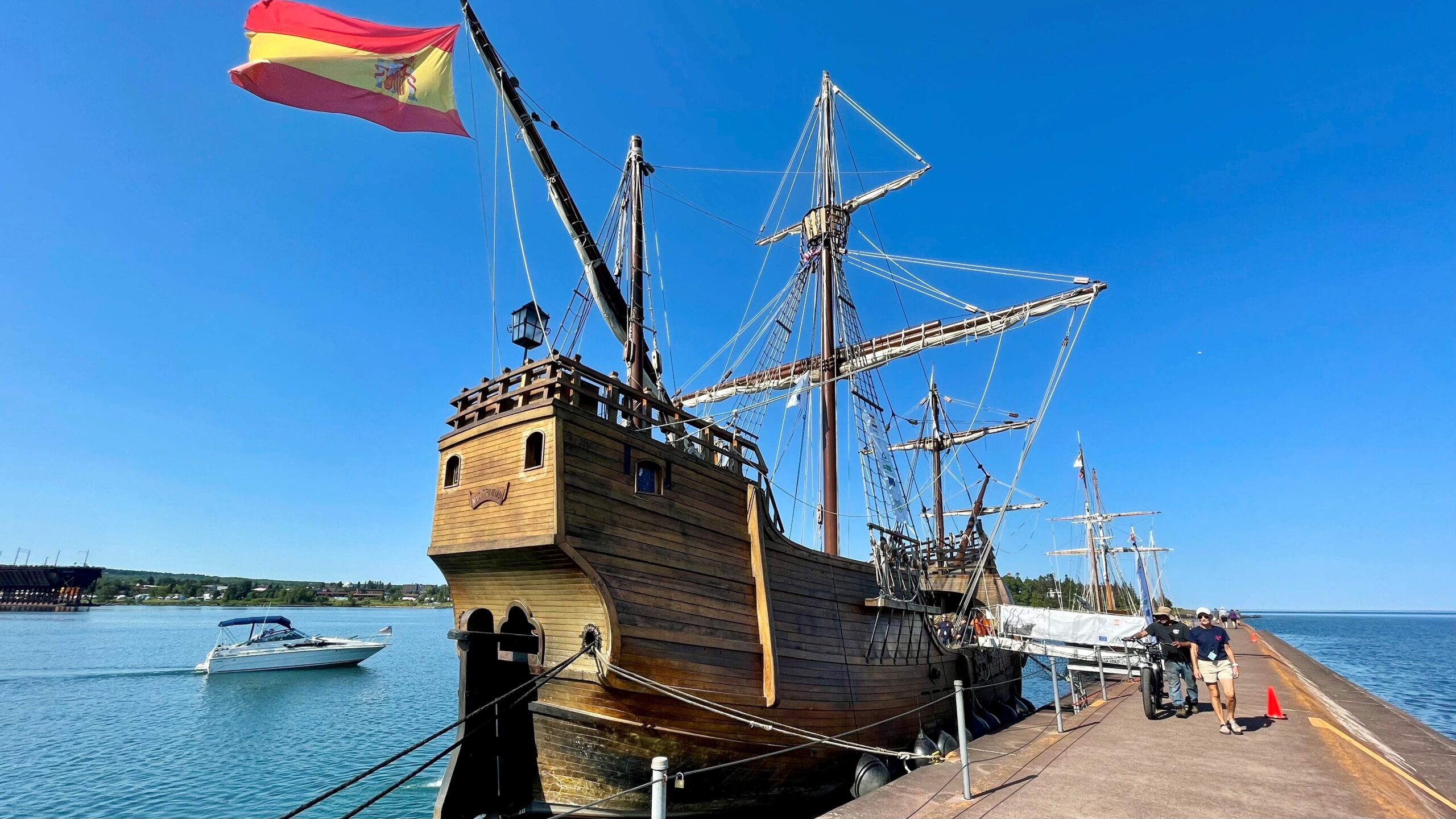 The Bradleys are among thousands who will stroll along Agate Bay to take in the eight tall ships and former Coast Guard Cutter Sundew.

“You see the boats and it’s just they’re just gorgeous and they’re just beautiful and the craftsmanship in them,” Karen said. “We just, like, love it.”

It took eight months to plan the logistics for the event. And on Day One, all of the preparation came through.

She is the public information officer for Lake County’s Emergency Operations Center. Her biggest ask of festival-goers is that they look at maps and information on the event’s website to answer questions.

“We don’t want people calling dispatch or 911 for questions about parking or things like that,” she said. “So if they could keep those lines open for emergencies.”

On Thursday, traffic flowed well. But Marasco Eliasen warned that could change as Friday arrives.

“Allow for extra time. Plan for delays just as you would any major construction project,” she said.

Perhaps just close your eyes and remember that modern travel is still much faster than the two-century-old transportation you’ll take in.

“The Pride of Baltimore, she is from Baltimore, Maryland,” Captain Jeff Crosby said. “And she is a stylistic reproduction of an 1812 Baltimore Clipper, and those vessels were used during the War of 1812 as privateers.”

On the Pride of Baltimore II and other ships, crews will give tours of the deck, and some will even take people for a sail.

“Lake Superior is just absolutely gorgeous body of water and there’s just so many things to see,” Duane Bradley said.

There are still tickets available, but they are limited to 6,000 people per day.