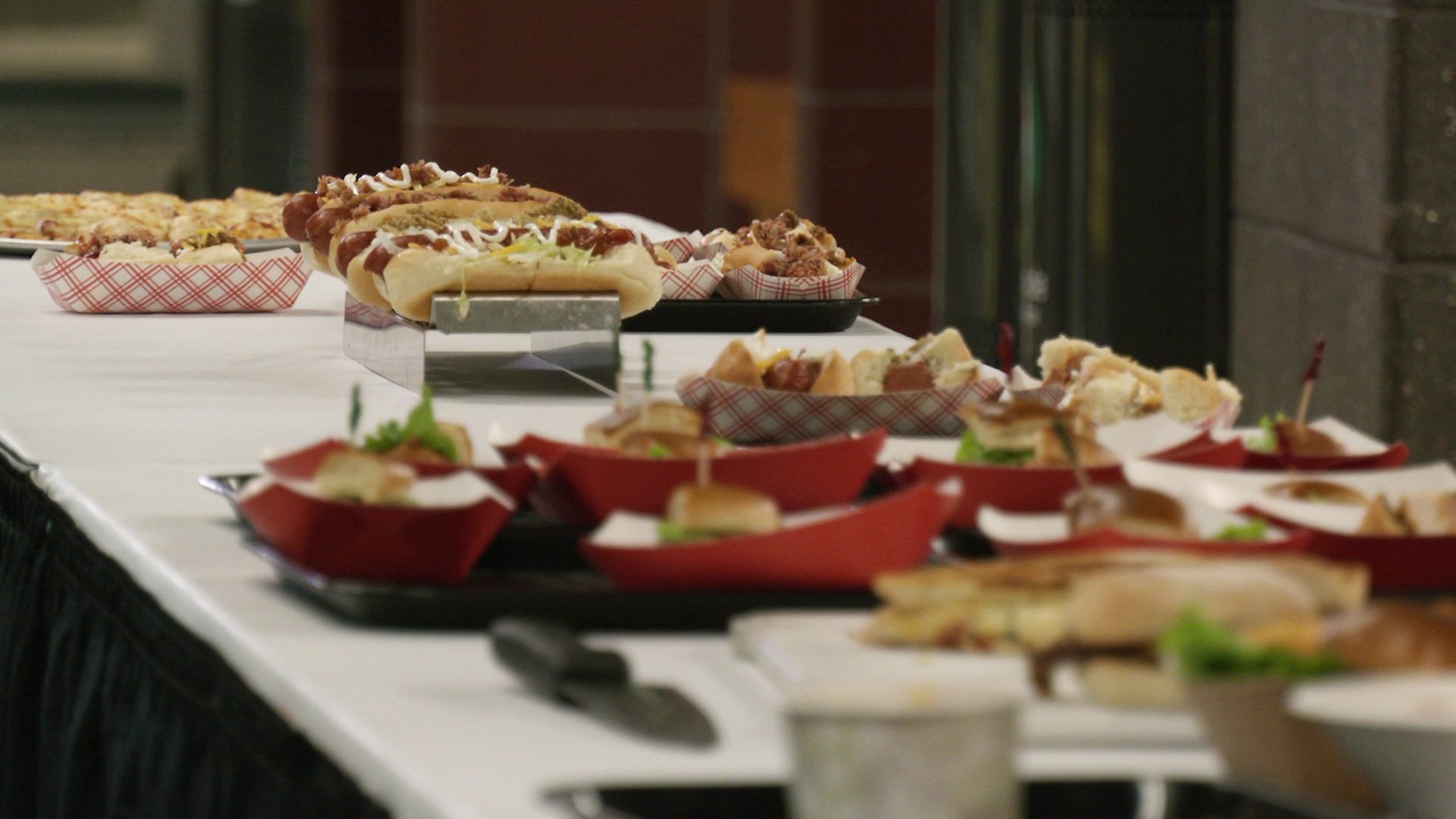 On Tuesday, staff at the Duluth Entertainment and Convention Center (DECC) gave a sneak peek of this year’s concession fare ahead of UMD Bulldogs Hockey season.

Executive Director Dan Hartman, says the DECC likes to bring out new food to help get fans excited about coming back for the games. “This facility was built to show off the region, and food is one of the fun ways to do that.”

The DECC takes pride in working with local food and suppliers on their menu items.

Hartman says the Amsoil Arena is known as one of the best food places on the college hockey circuit.

The DECC has a professional kitchen working on the menu, and Hartman says the team puts a lot of work into what items would be “this year’s great new food.”

“This is not your average concession food,” Hartman said. “And you can definitely tell.”

Along with the fan favorites, there is something for everyone.

At the North Shore stand (Gourmet hot dogs, all hot dogs from Fabronis, and buns from Johnson’s Bakery)