Commemorating “The Cemetery at Nagaajiwanaaang” in Fond du Lac neighborhood

A major moment for the Fund du Lac Band of Lake Superior Chippewa on Friday.

Nagaajiwanaaang means the place where the water flows down and stops.

You may remember MnDOT crews disturbed a Native American burial ground back in 2017, while working on Highway 23 in the Fond du Lac neighborhood.

It took years of archaeological work to carefully recover the remains. Leaders like Tribal Chairman Kevin DuPuis are grateful for those people who made sure those ancestors could return home. 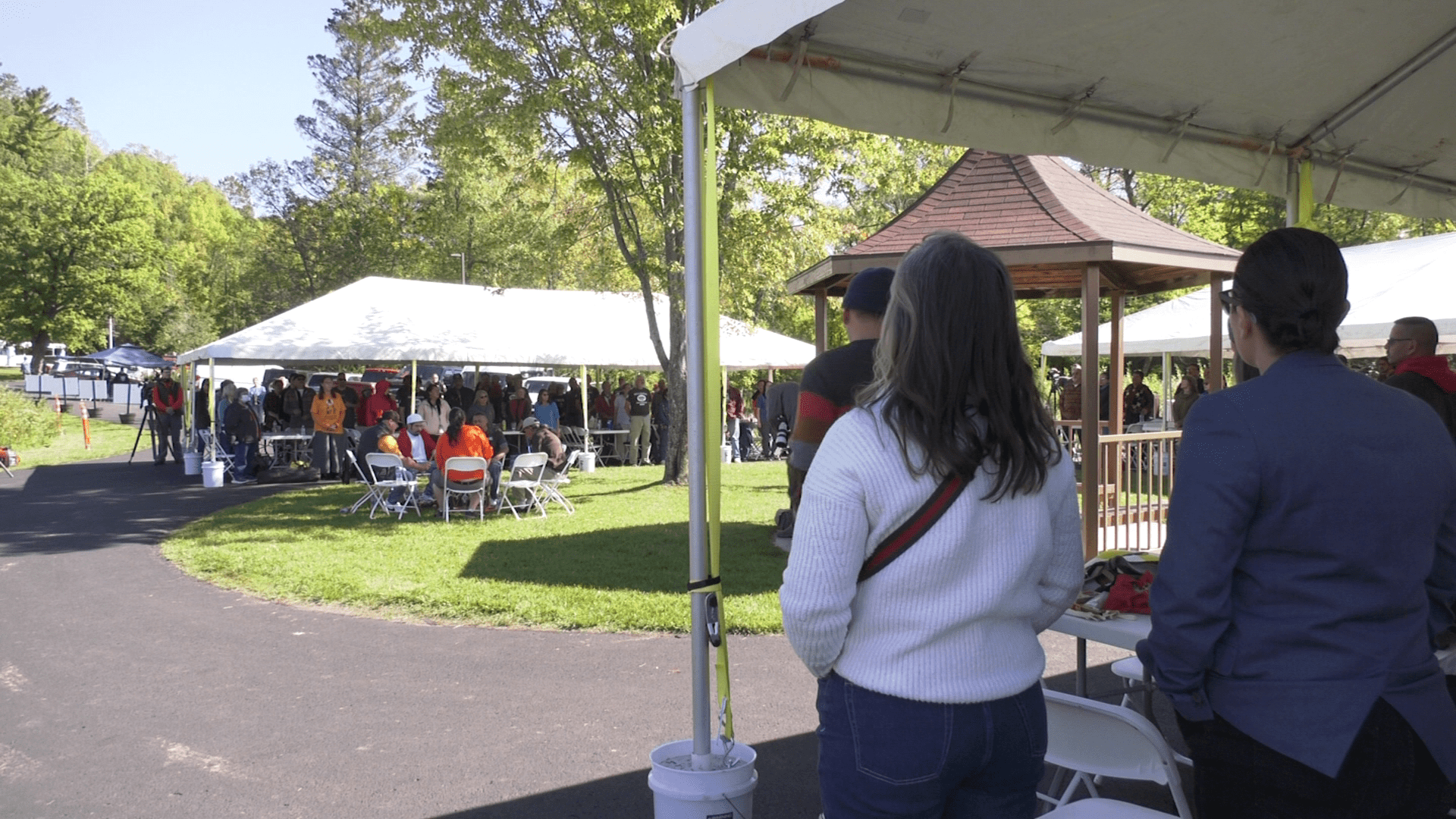 Band member Carol Jaakola stopped by several times. “It was important because those were my relatives,” she said. “We’ll have some closure. But never total closure.”

The commissioner of MnDOT, Nancy Daubenberger was invited to attend the event, and called it an honor. And she told us the agency has learned from this. “We now know that no matter how small the project might be, small or large, whatever the size is, whatever the approach is, we absolutely need to make sure we have a formal consultation with the tribe.”

The cemetery is not complete yet. But when it is, the tribe welcomes the public to come and pay their respects.