In celebrating its 150th anniversary, Peace United Church of Christ Church held a rally for peace with efforts to bring awareness to gun reform, gun control, and, in particular, end gun violence.

Duluth East Freshman, Cian Trok, spoke at the event and shared with WDIO, that when it comes to violence his mind and thoughts wander to the people that are close to him. 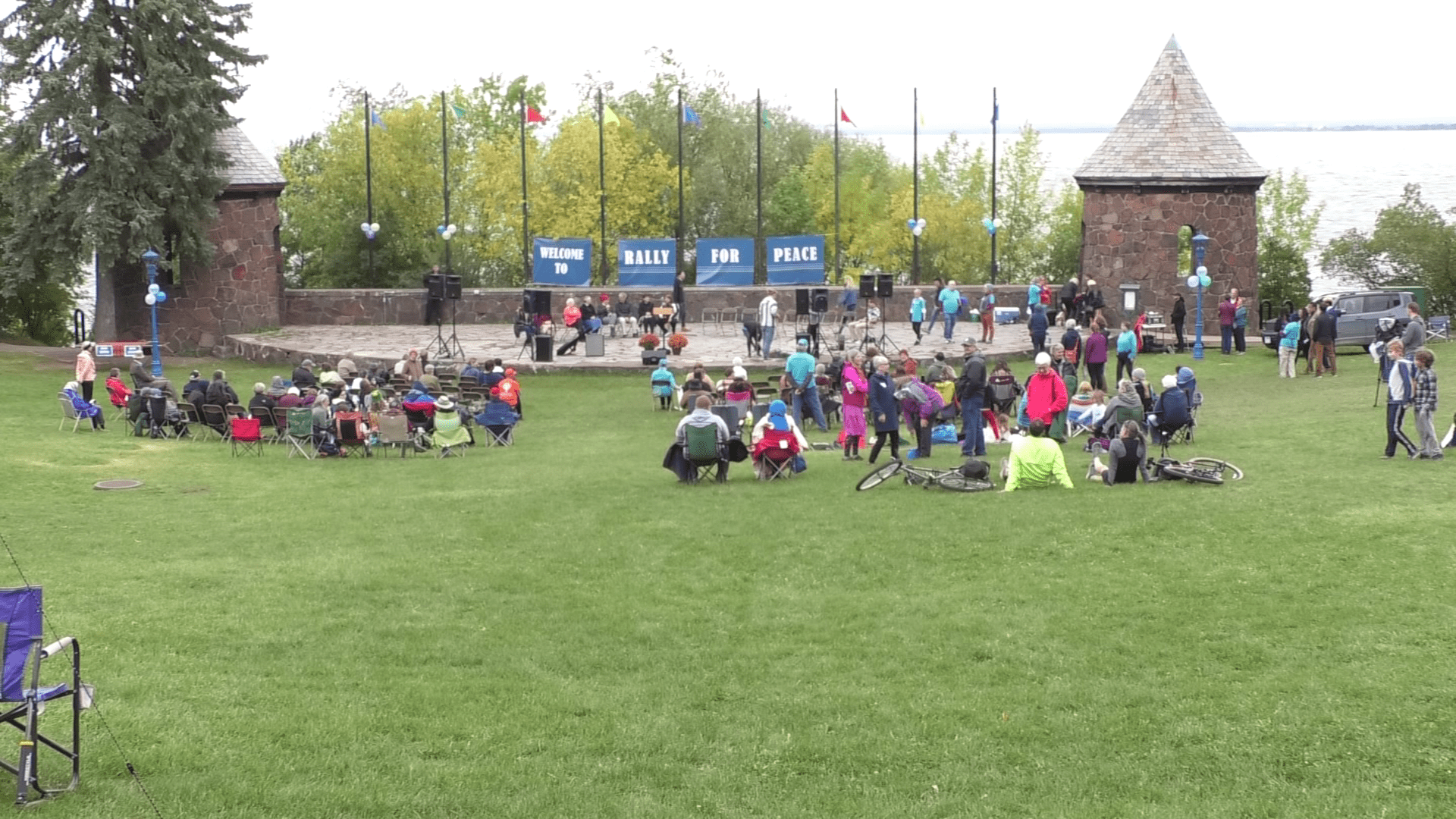 “I mainly think about how it is the main reason why people like me are dying in this country. And I worry because my brother, my oldest brother is going to be 18 next year. He is going to be an adult on his own. I just worry that he might not text me one day or call me how.”

In 2018, the world cried, rallied, and sent blessings and prayers to Parkland, Florida, moments after learning about the Marjory Stoneman Douglas High School shooting.

Survivor David Hogg was the guest speaker and expressed how he feels every time a school shooting occurs.

“Seeing more and more shootings happen, especially after our first message after the shooting was never again, over and over again. To see it happen time and time again is incredibly frustrating. Meeting young people like Jasmine Caceres, who lost her nine-year-old sister, Jackie. Jasmine is just 17 years old. I was 17 years old when I started to see this club that nobody wants to be part of.”

Through rallies like this one and others, there is a message to be seen and heard. “It has brought communities together and it has enabled the persistence necessary to create change. Change does not happen in one election or overnight. It happens through, you know, win after win after win after setback after a win and many setbacks and then more wins,” said Hogg.

Hogg hopes that moving forward, some things will change, and hopefully starting with, “I would like to see every state have the same gun laws as Massachusetts. The gun laws in Massachusetts have been ruled unconstitutional, and they have been proven effective. They do not stop every single shooting, but they stop a lot of them to the point that if every state at the same gun deaths rate as a state like Massachusetts, we would have half as many gun deaths as we do a year right now.”