Warm weather, you may imagine, would bring warm water temps, but that isn’t always the case.
On the shore, the water is nice and warm, but once you step foot in the water, it can feel different.

Even though people have been enjoying the heat and being on shore, in the water is a different reaction.

Brainerd resident; Heidi Landin was not feeling the temperatures on Lake Superior as she was enjoying some time at Point Park in Duluth, “it feels like winter out there, its freezing cold water. I can not believe how cold it is compared to my hometown.”

While on a yearly trip to Duluth from Pennsylvania, Madelyn Stokker shares how she felt when she went in the water, “well I went down to my knees, and it is not like it is super cold but when you step in your like “ooohhh, that is cold, and then you get used to it like a minute. It is like, it is colder than pool water but like not much colder than what you think. But, I have come here years before, and I remember it being a good bit warmer, and with the sun, it is like perfect temperature.”

WDIO had a chance to speak with UMD’s Large Lakes Observatory professor Jay Austin about why it has been cold lately and how that can be determined. 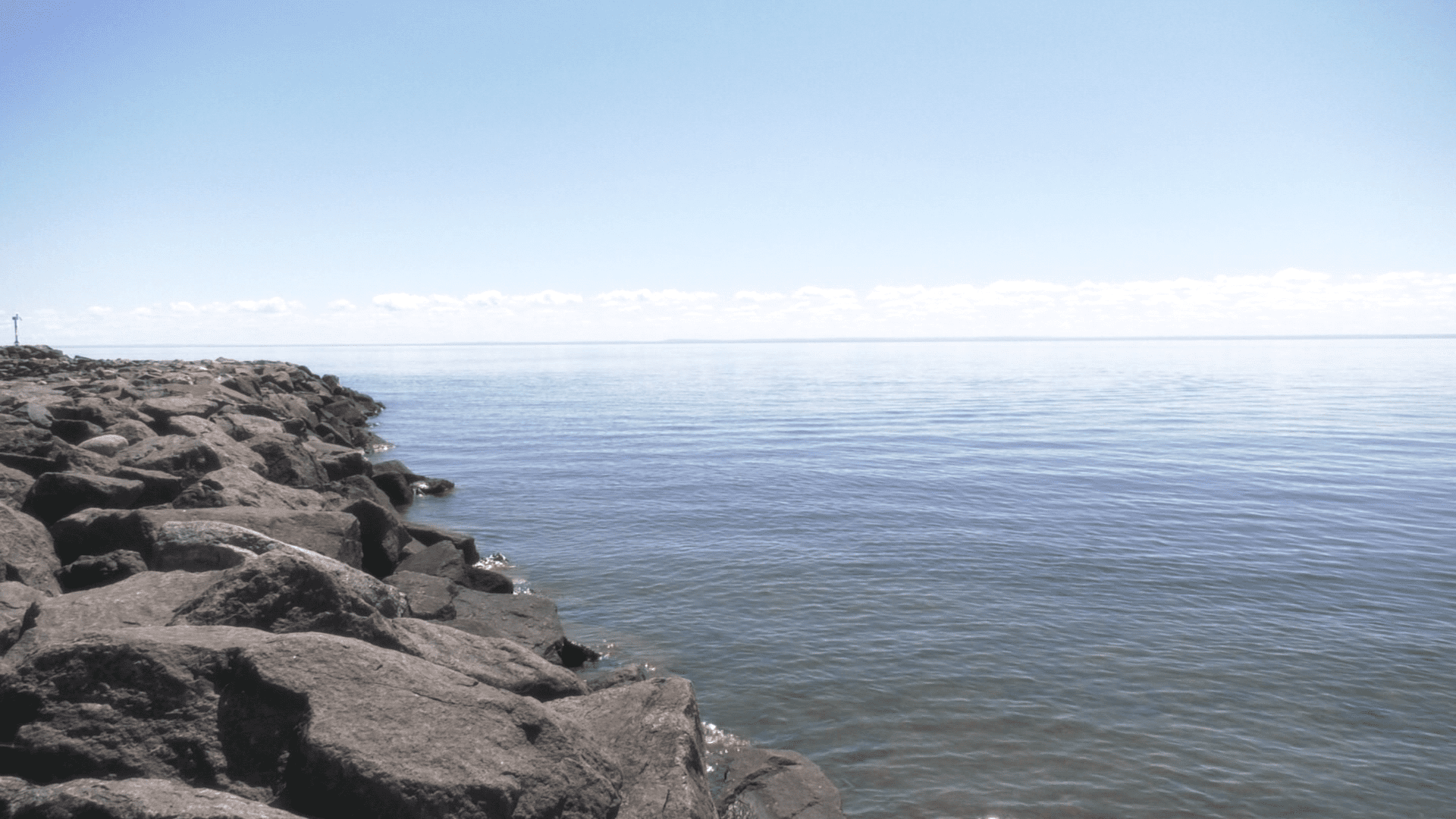 Water temperatures can change depending on where you are along the shoreline. For example, even just a little bit up the shore at McQuade Harbor, Professor Austin says the temperature can be a little bit different.

“When the air temperature is near the coast, we can have a process called upwelling. That is where the wind blows and causes a warm layer that forms at the surface to be pushed offshore, which can bring cold water up from the deeper portions of the lake.”

There is one way that experts like Professor Austin use to determine the temperatures of the water and how water starts to warm up, and how sometimes that warming process can start roughly six hours after the sun rises.

“So one metric we use to measure how the lake is behaving over the course of a season is when it reaches 39 degrees Fahrenheit, which sounds like a magic number. It is when the temperature that the lake starts to form a warm layer at the surface. Before that, all the heat that is pouring in from sunlight is heating up the entire depth of the lake,” said Professor Austin.