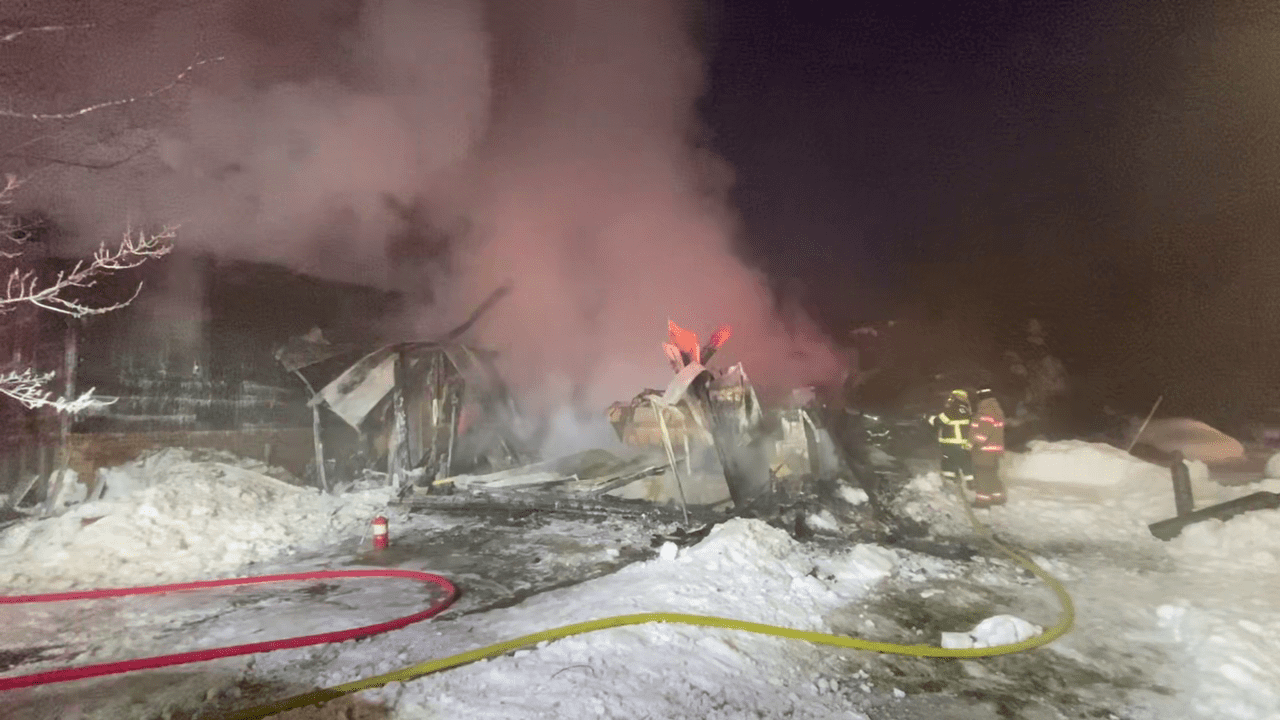 Early Saturday morning in Clinton Township, area first responders were dispatched to a structure fire at around 5:26 am on the 8400 block of Woodland Road.

The homeowner, who was the only occupant, called 911 to report that there were flames and heavy smoke in his garage that eventually spread to the house.

Several area fire departments responded to assist in extinguishing the fire. Both the garage and the home are believed to be a total loss.

No injuries were reported. This incident remains under investigation by the Minnesota State Fire Marshall’s Office and the St. Louis County Sheriff’s office.