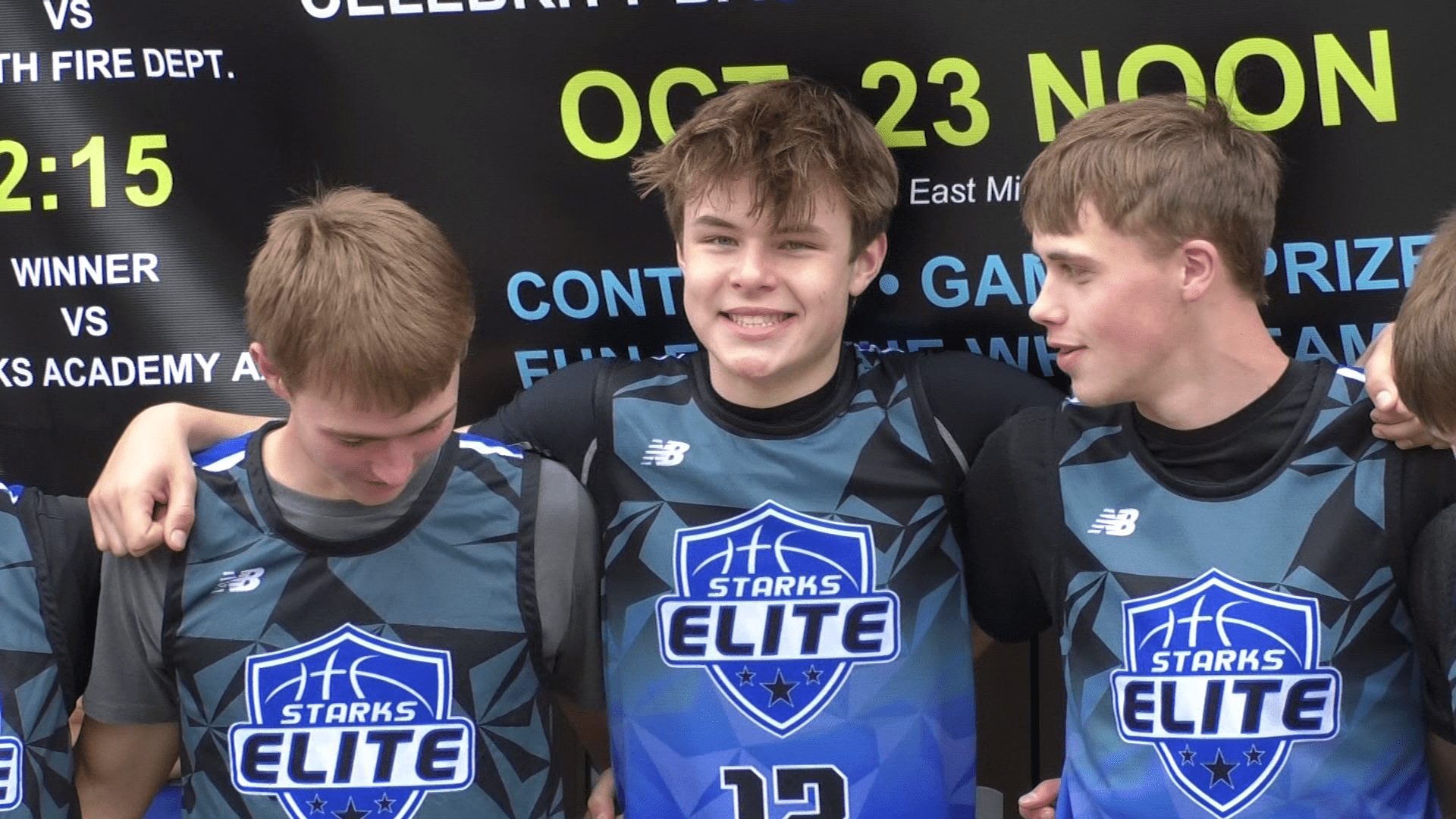 Today at Ordean East Middle School, members of the Duluth Police Department, Duluth Minnesota Fire Department and Starks Academy played in the revitalized event, Slam Jam. The event began as a basketball game between the Duluth Police Department and the Duluth Fire Department. The winner of that game then played against the Starks Academy Youth AAU team. Bringing together first responders and the community is quite the task. It’s no secret there has been tension for quite some time now between service members and the community.

“Well, this is all about building relationships. When you build relationships, build trust with trust, anything’s possible. So it’s no secret that there’s been tension between community and first responders, especially right here in Minnesota. I don’t think that tension is necessary. I think those barriers just need to be broken down. People come together, people having fun and realize that we’re all human beings and we all want the same thing. So hopefully events like this, you know, kind of bridge that gap,” says Dyami Starks, Director of Starks Academy.

At halftime and in between games, there were contests for kids and community members to participate in. Starks Academy has a long built history in Duluth, a legacy that has been passed down through family.

“My father was almost like the goodwill ambassador for basketball in this area. He trained myself and a lot of the other school players back when I came up, but he called it, “The Academy.” That’s what he would call it. You know, it was informal.  So when I played overseas and he passed away in 2015, I came back and there was a huge hole that needed to be filled. So simply, Starks Academy just took his idea of the academy. It was named after him so we could continue that work that he started. So we’re building a group of 20 teams and got 200, 300 plus kids in our program right now,” continues Dyami.

Supporting kids, supporting the community of first responders, that is what the now annual event is all about.  The plan is for Starks Academy to hold a Slam Jam event now yearly. To learn more about the event and Starks Academy click, here: https://www.northlandhoops.com/about-3