Duluth was the place to be for all things involving craft breweries Saturday afternoon on July, 30th 2022.

The All Pints North Festival was in full swing, with more than 110 breweries across Minnesota taking over Bayfront in Duluth. Probably every kind of craft brew you can imagine and more was on tap at the event.

This is the 10th year for this annual festival, and to think, not long ago, the number of breweries attending was least than half that was there today.

Director of Government and Industry for The Minnesota Craft Brewing Guild, Bob Galligan, shares how the festival has grown through its 10 years.

“After doing this for ten years, it Is definitely changed a lot. More than anything, it has just grown every single year, both in size and in experience, I think. When we started this ten years ago, there were less than half of the breweries that we have now, so to see this ten years down the line and see just how many breweries are here. We have over a hundred member breweries that are pouring today; to see that type of growth and expansion in the industry is probably the biggest change that is happened in the ten years.” 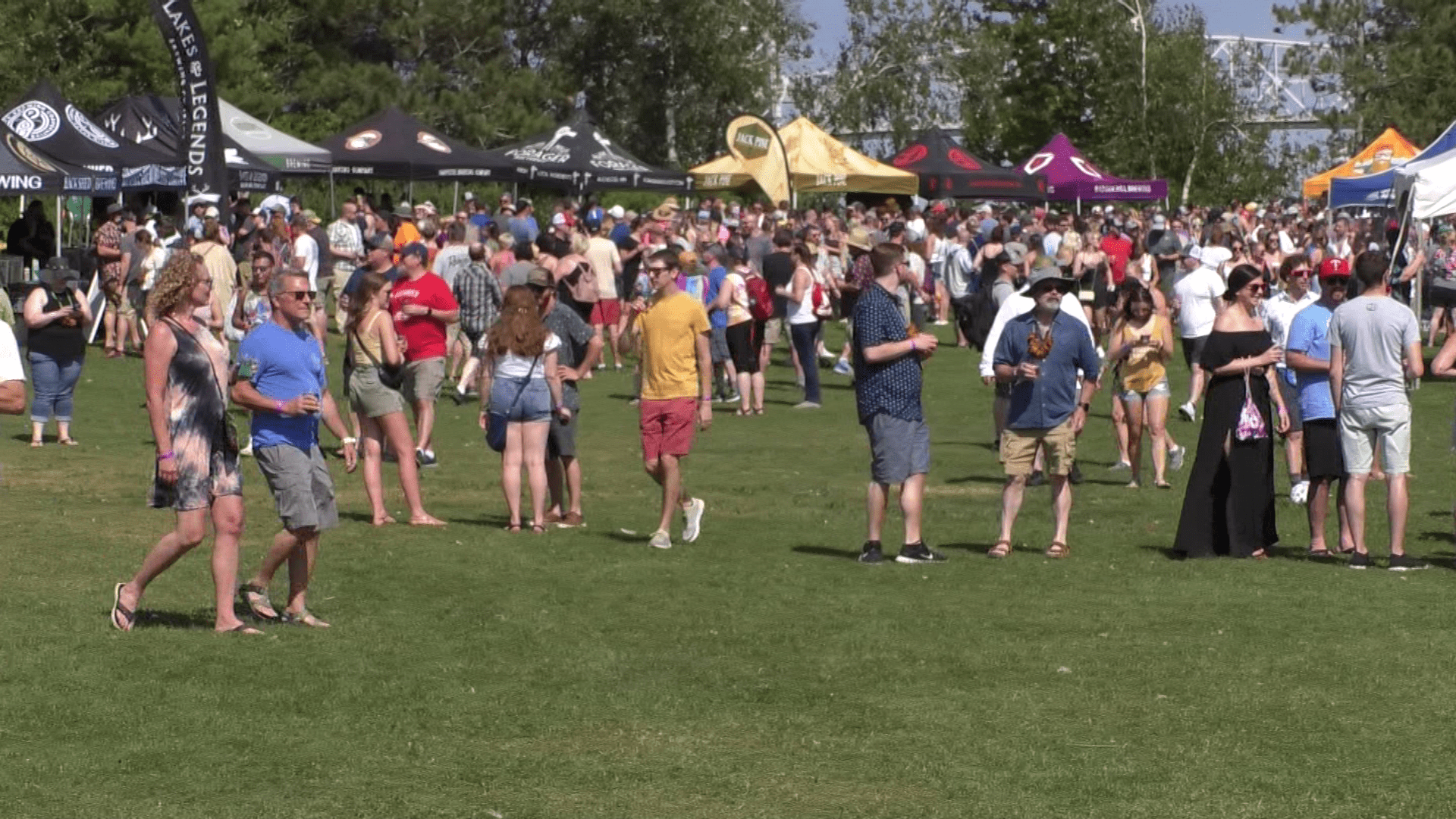 The number of breweries in Minnesota was not near half of what it is today.

“Right now, we represent about a hundred and seventy-seven breweries in the state. There are over two hundred breweries in the state which is insane, says Galligan. I would say five years ago; there would not have been half of that. So, to see so many breweries opening up, I think it is a testament to the craft beer culture that our breweries celebrate, but also the public celebrations.”

Brewery owners at the festival, like Amy Miller, a co-owner of Headfly Brewing in Minneapolis, mention how she enjoys being a part of the brewery industry.

“Minnesota is an awesome place to own and run a brewery. The community is just fabulous; so many great collaborative breweries to work with and partner with. It is just like this amazing family. It is not competitive. It is just a great collaboration, and the fans of craft beer are awesome. They love craft beer. They love to come out and support breweries at events like this at their taproom, buying it locally at liquor stores.”

As time moves forward, Galllligan mentioned one thing that he and others would like to see happen for the future of independent breweries in the northland and across Minnesota.

“A little bit friendlier to the craft breweries; we just this past year passed Senate file 3008, which allows for in six packs to be sold out of taprooms for the first time in the state; as well as our larger membership that allowed them to actually sell growlers and growlers to go. Having said that, in most other states, there are no limitations necessarily as to how much a brewer can make or sell out of their own taproom.”