Breaking barriers and increasing interest in girls’ hockey, several hockey players traveled all the way from Norway to skate in Amsoil Arena this afternoon.

20 members of the Baerum Wildcats’ 16-U girls team flew from Norway to Minneapolis, played a few games in the Twin Cities, and then came to Duluth.

“We have a girls’ team in the Oslo area, and Norwegian hockey for the girls is just in the early stages,” said Norway’s coach Wesley Caple. “So this was a way to add a little bit of excitement around girls’ hockey. There was planning for two years to get this going.”

On Wednesday afternoon, the Wildcats played a full-gear, “Icebreakers’ Icebreaker” against the Duluth Icebreakers 15-u girls team at 4 pm. The friendly competition was followed by open practice from 5:30 to 6:30 pm.

“I mean, it’s just been fantastic. I think the term ‘Minnesota nice’ has been really what we’ve witnessed the last week,” said Caple. 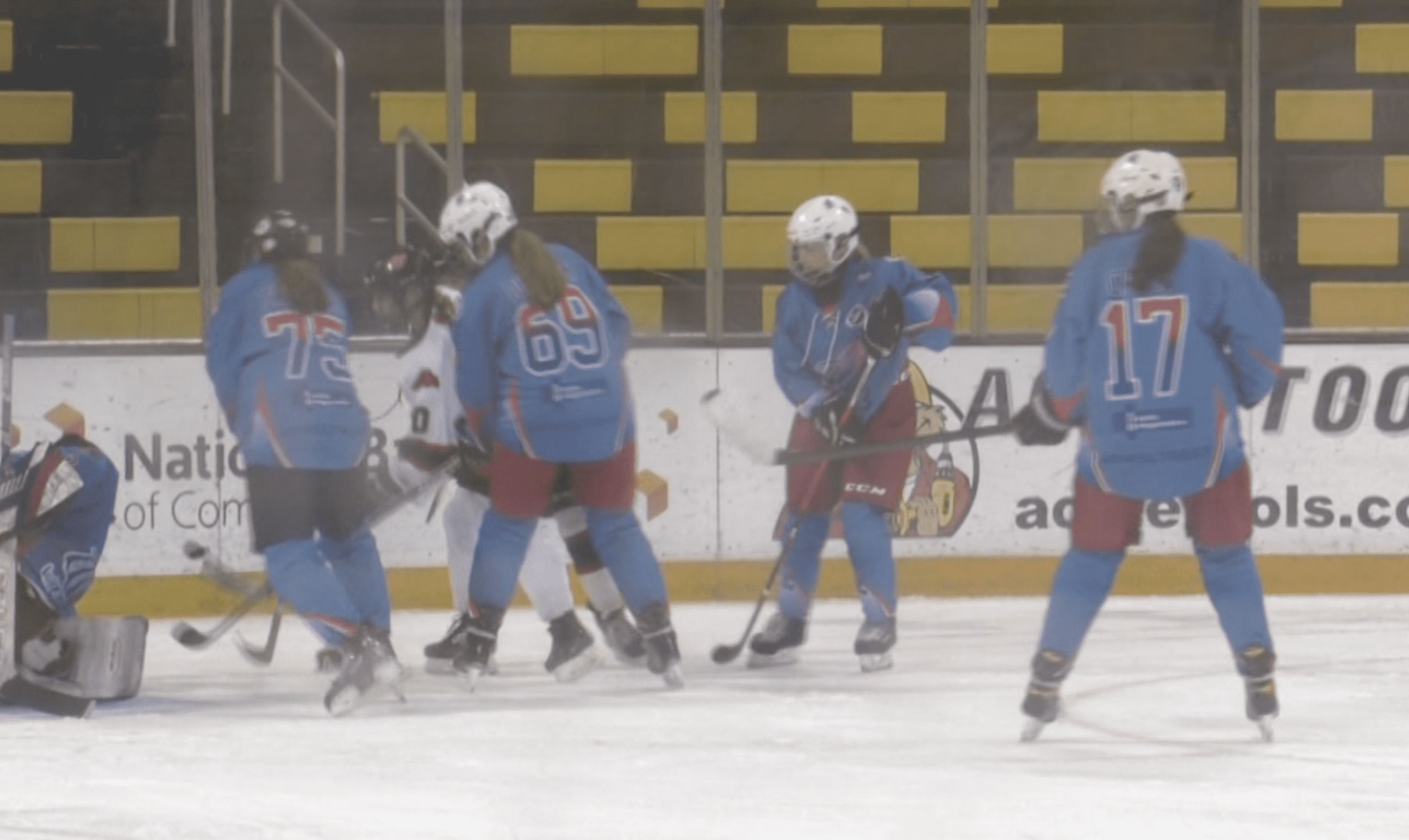 The Baerum Wildcats' 16-U girls team traveled from Oslo, Norway to play the Duluth Icebreakers 15-U girls team at Amsoil Arena.

The team will trek to St. Paul to watch the Minnesota Wild play before heading back to Norway.