Superior High School Student Belle Modeen was in for a big surprise when she thought she was participating in the school’s ceremony for the new Performing Arts Center’s renovations.

Little did she know she would be given the American Idol Sliver Ticket and the chance to jump the audition line and audition for the producers of American Idol.

American Idol reached out to ABC stations across the country to give incredible performers, who normally wouldn’t have the opportunity, to audition.

WDIO was able to go undercover with the ticket, pretending like we were there to cover the renovations. With performing arts students, parents, and staff all present the reveal left Belle speechless and the crowd in a loud roar. Everyone in shock and excited for Belle.

Belle Modeen is not only a talented performer but also a hard working student who is active in the community. 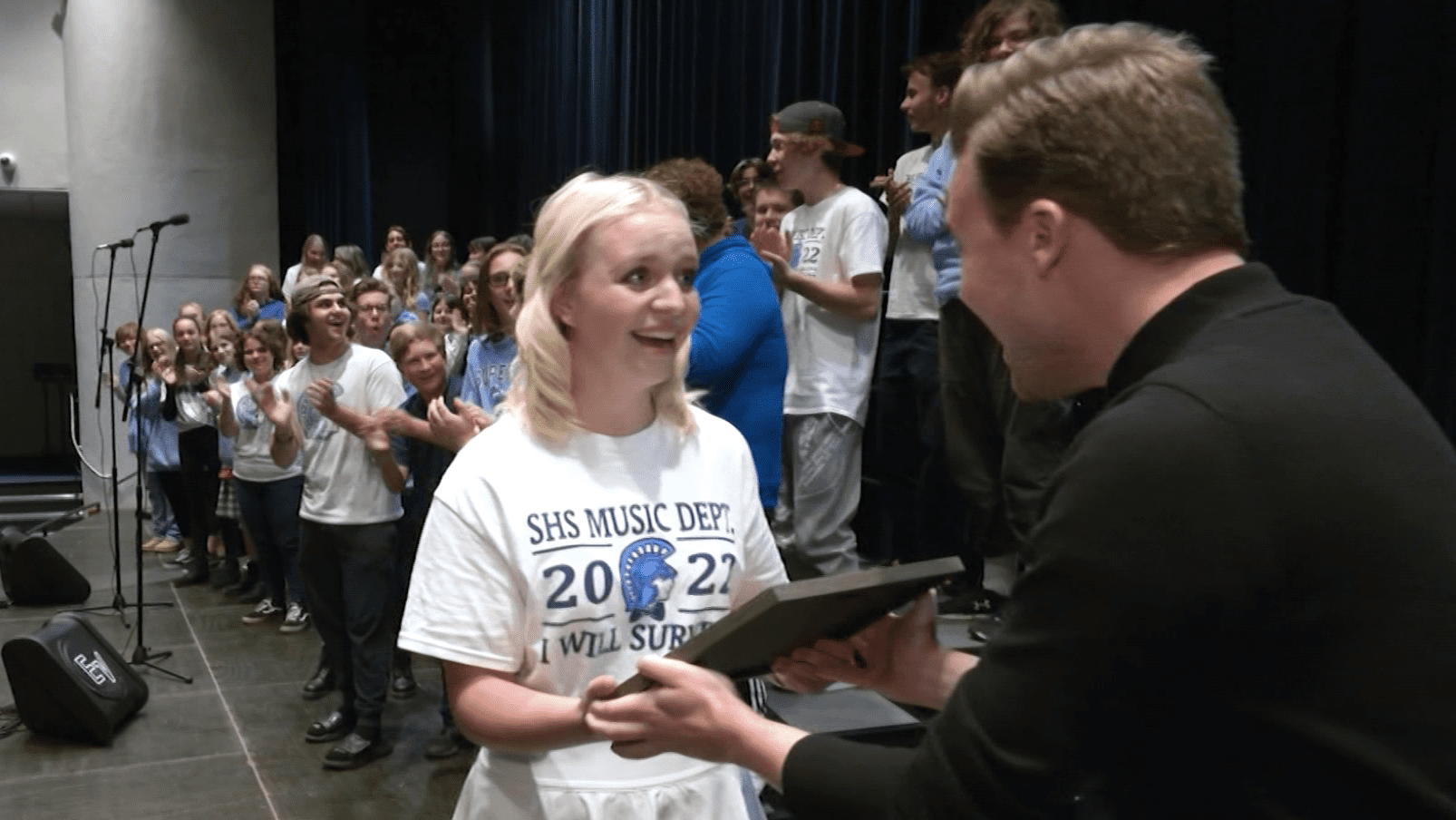 Superior High School Choir Teacher Jennifer Robbins says, “She has a special dedication to that cause to honor veterans in our community.”

With all the work Belle puts into school she also takes time out of her schedule to sing the National Anthem at all kinds of events.

“I sing national anthems for different places. I’ve been singing those since I was nine. [I’ve] sang at Grandma’s Marathons, volleyball games, [and] baseball games,” says Belle.

Belle’s mom Nicole Modeen is very proud of her daughter’s ambition. She goes on to say, “Any time anyone asks her to sing the national anthem, she’s ready to go.”

Belle has a passion for honor veterans who fought for our country. She even has hopes for a senior project involving a special concert to celebrate them and give back with her voice.

“And just seeing all [the] people standing up and just smiling brings me joy”, says Belle.

Her ambition and confidence really serves as inspiration in the Twin Ports. Nicole says, “I think it’s very important that kids get out and do things that are important to them. Instead of kind of just be being hidden.”

Belle, being able to overcome those low points that come with being a teenager. “She kind of just breaks through it with music and theater and she just says, ‘I don’t care what you think and I’m just going to belt this note as high as I can’”, says Nicole.

And as Belle goes through the audition process her family, friends, and school wish her the best of luck.