Airfares, Upgrading, and Building into the future at Duluth Airport

At Duluth International Airport, there is one thing that the staff and the airport as a whole want to make a priority.

“We’re taking a focus on people understanding the importance of flying locally. That means that we’re able to retain our service and grow service. And right now, if you’re adding service to a regional airport that is a great thing. We are in that position right now,” says Natalie Peterson, the Director of Communications and Marketing.

Traveler Robert Todd was waiting at the airport for his flight to Texas, and WDIO asked why he decided to fly out of Duluth instead of flying out of Minneapolis St. Paul.

I’m from here, and the cost to drive and then park in like Minneapolis probably works about the same as just flying out of here. So at that point, it just makes more sense to fly out of here. I like the airport. I like the kind of small, small part of it. It makes it a lot easier to go in and out.

The airport has a list of priorities it’s focusing on over the next five years. Peterson mentions that some are about having a strong relationship with airlines. 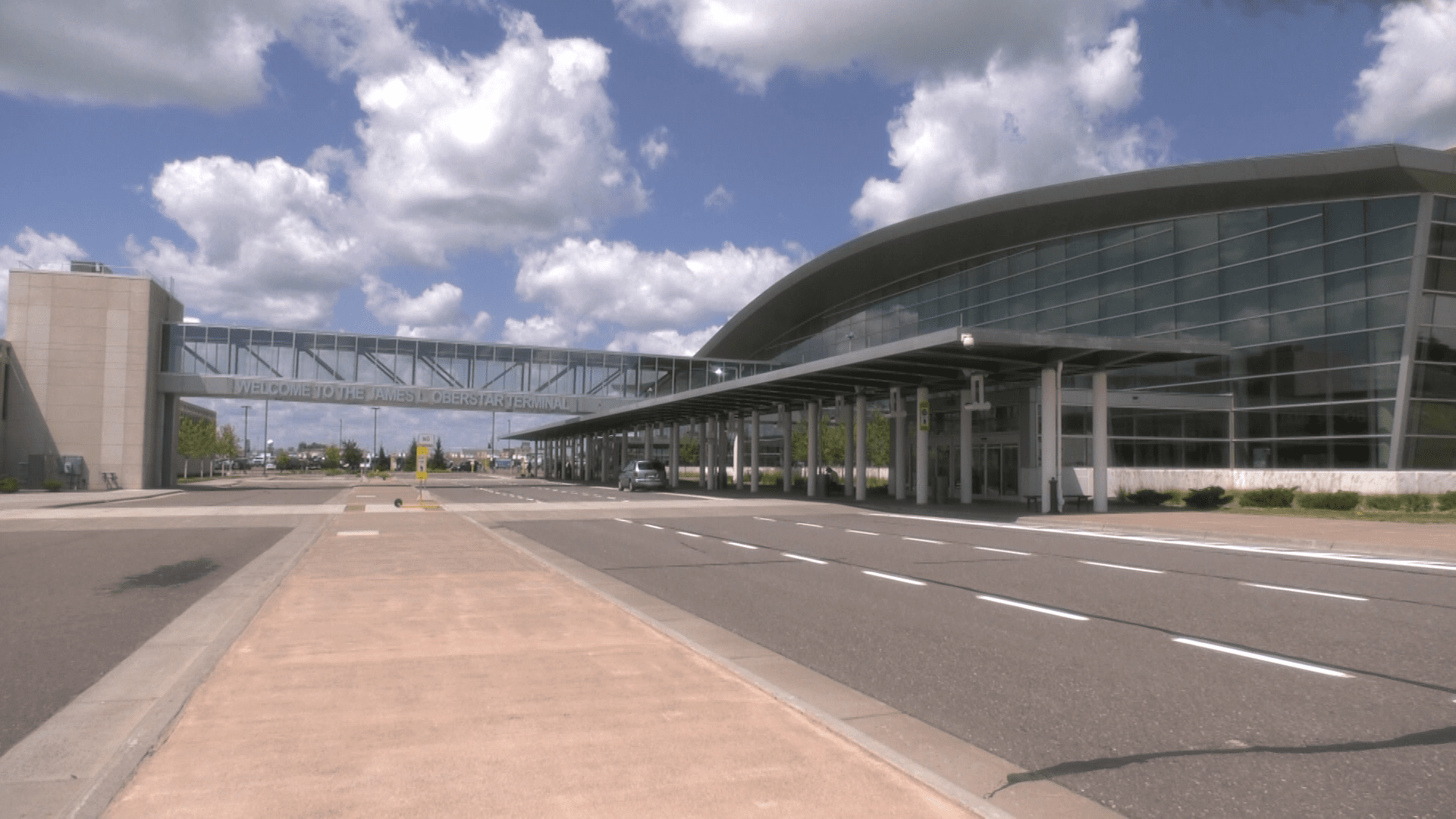 “We look at the retention of the services that we have which is continuing with two mainline airline carriers. Competition is good when you have air service. So having both United and Delta operating here is good for rates for customer choices and options. We are we work really hard to retain those relationships with those airline partners. On the other side of it, it is really important that we maintain our infrastructure and have a safe and secure operation here on the air at the airport. And that means landside as well as airside.”

With regional airports in the area, Duluth international has one thing that separates itself from the pack. “As far as regional airports in the North Island, we’re the only ones that have two mainline carriers, both with United and with Delta, which is a differentiator for us and definitely a bonus. Then also having the Sun Country option on of our airport with the other thing we do have like I said, is we have the international capability. So that’s definitely a good differentiator that we are hoping that we can at some point expand on.

When it comes to the pricing of flights, it can depend on where you are going and when.

Relatable story: Airfare to drop 40% in the fall

“What we do see is international deals can be cheaper than flying directly out of MSP internationally. We see that a lot, but we do see that we’re at least competitive with several different markets, but then again it can change and vary, said Peterson.