A tax levy and the city

Concerns over rising property taxes have had citizens up in arms, so much so that it has caused city council to rethink and shrink the proposed size of local levy next year. Concerned citizens of the community came out in full force tonight to express their opinions on this levy.

“I’d like to focus on a specific area of the city budget that is proposed to be raised, which is the Duluth Police Department. In the summer of 2020, over 3000 signers of a petition had three asks of the City of Duluth in regards to the toll of police department. One was a crisis Response team. One was a racial bias audit. We are asking that taxpayer funds do not go towards expanding the Duluth police department, when the city is working on an alternative Crisis Response Team,” says Cassie Brewer, a local citizen.

At a council agenda session meeting Thursday, councilwoman Roz Randorf said she proposed to make permanent reductions in city spending rather than relying on Covid- relief funds to temporarily buy down the levy. When asked what would be cut to help trim to get to 2%, here’s what councilwoman Randorf said.

“Salaries and wages. And so my proposal looks at 35 open positions within the city. And we’re proposing a hiring freeze on 6 to 8 of those positions to get to the 766,000 reduction that the 2% levy decrease will need,” says Randorf.

A levy amendment also would make changes in ordinance setting the budget for the upcoming fiscal year, and appropriating funds to city operations. As of news time, Counselor Randorf’s amendment to make permanent reductions in city spending has been voted down. Looking towards more amendments as the night goes on. 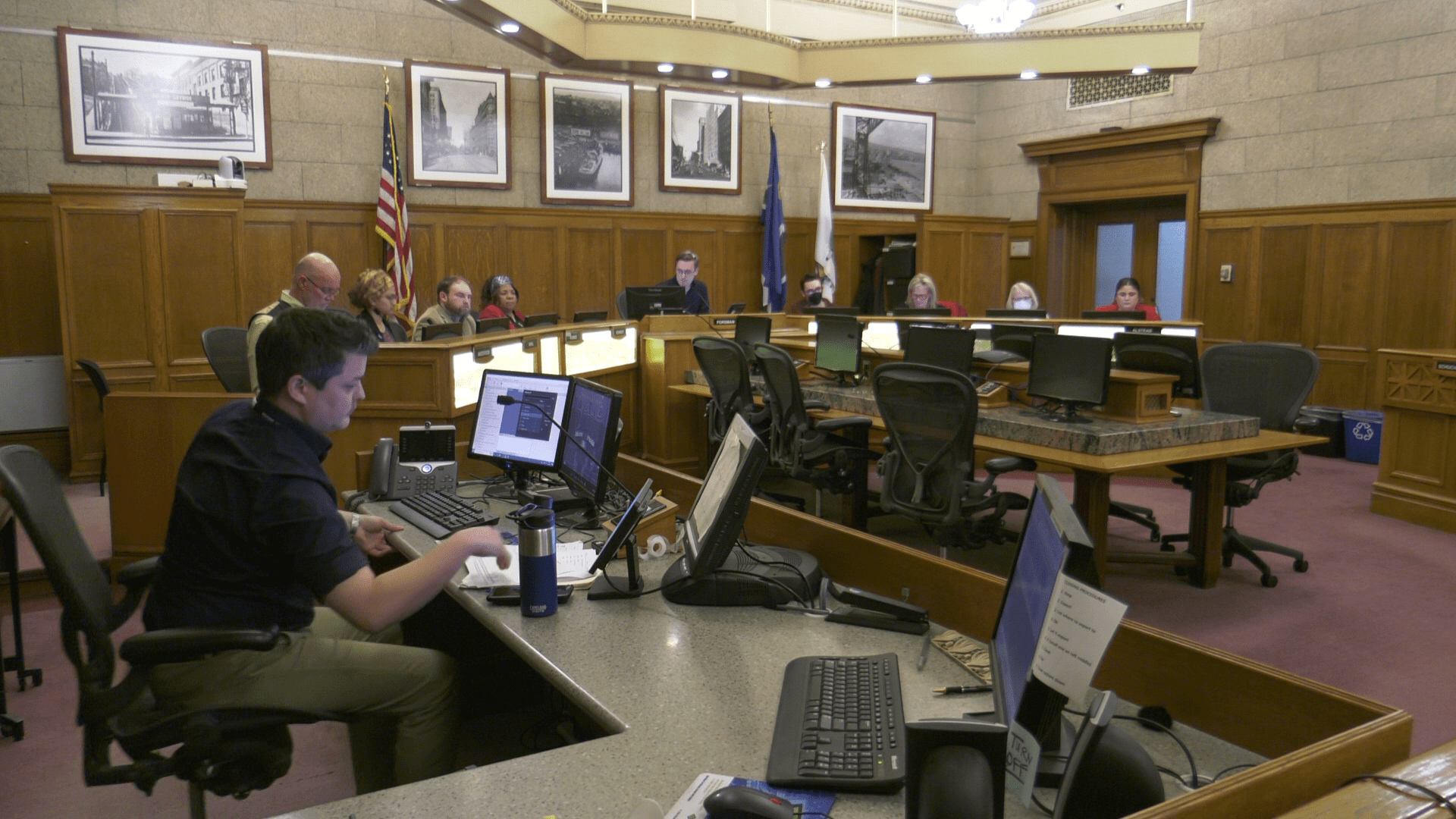