Josh Haug has spent more time looking at the Vision Northland project than most. After all, he and his mom JoAnne would drive by twice a day during the height of the pandemic.

JoAnne Steinke told us, “When UDAC shut down, and I was worried about what Josh would do, we went out on a drive. We live in Lincoln Park. And when we went down by Superior Street, and stopped and saw the building, Josh was mesmerized. After that, we came twice a day, morning and afternoon. That was our routine. That’s what we did to get out, and it kept us sane during the pandemic.”

On Wednesday, he got a private tour of the state of the art hospital. And one of his tour guides, was the CEO of Essentia himself, Dr. David Herman.

His wife, Karen, heard about Josh’s love of the hospital site at UDAC, where she’s the executive director. “JoAnne shared about Josh’s passion for the building. I shared it with some of the board members. And they said, let’s get Josh over here,” Karen shared. “Inclusivity and diversity, Josh represents some of the best opportunities to be part of a community. We’re so grateful to be part of today.”

Dr. Herman enjoyed showing Josh around. “I know he supervised it more on a daily basis than I have in the last year. And I’ve had the honor and privilege of spending a lot of time indoors,” he told us. 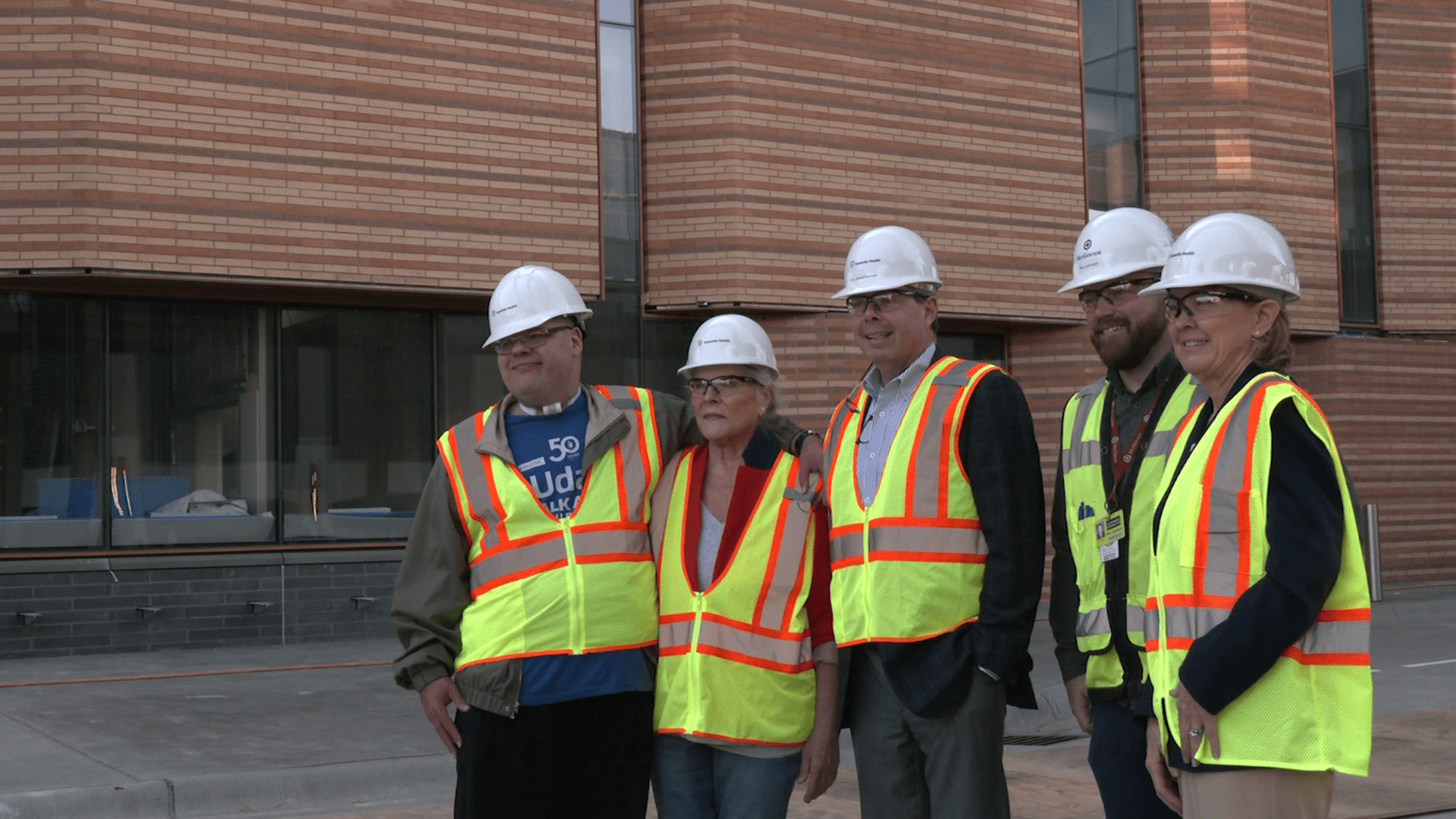 Josh and his mom were also so grateful for the chance to see the building from the inside. She grew a little emotional at the end of the tour. “You saved us from despair and isolation. Thank you for building this. We love the hospital.”

Vision Northland is slated to be open in the 3rd quarter of 2023.