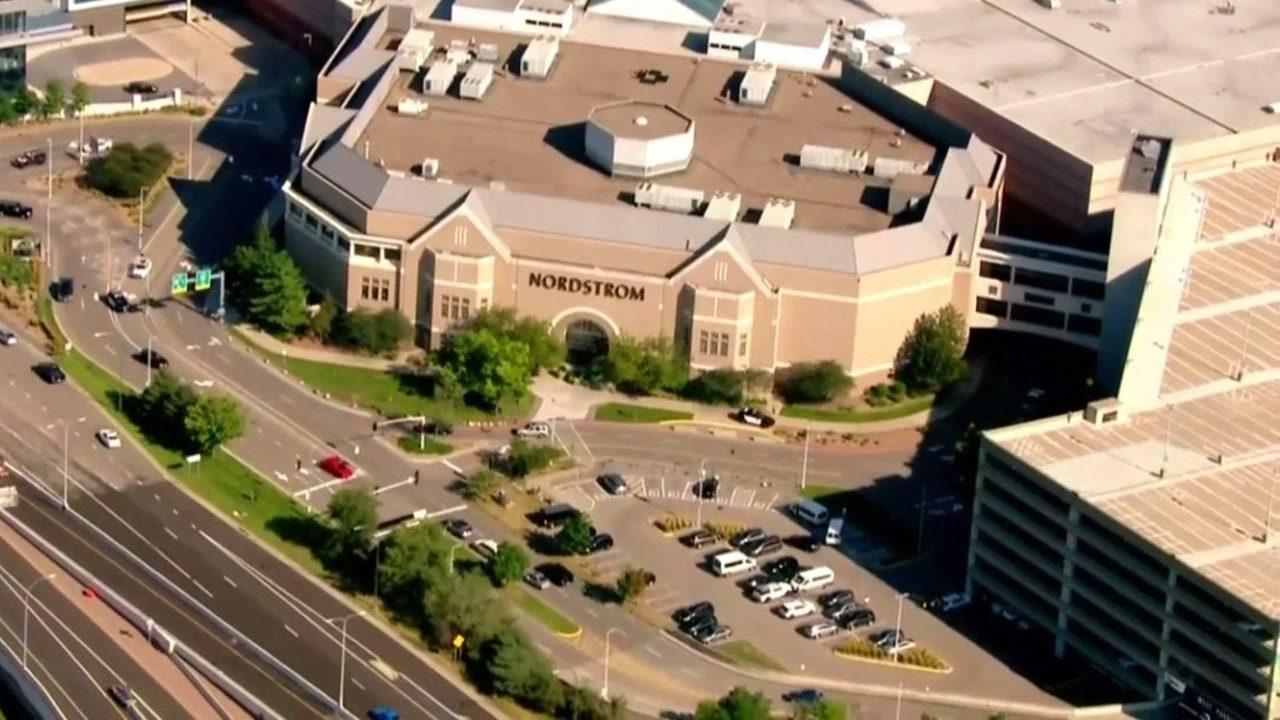 Bloomington Police Chief Hodges says three people in custody for the shooting at the Mall of America each face a felony charge of ‘aiding an offender’ and there are nationwide warrants out for two people.

Denesh Raghubir, 21; Selena Raghubir, 23; and Delyanie Kwen-Shawn Arnold, 23, are all charged with aiding an offender.

There are nationwide warrants out for 21-year-old Shamar Alon Lark and 23-year-old Rashad Jamal May.

“You cannot shoot up a mall and think that you’re going to get away with it,” Chief Booker Hodges told reporters. “I knew there were a lot of people who were traumatized by this. We just want to make sure we do what we can to keep our community safe.”

Officers responded to reports of multiple gunshots on the west side of Mall of America at around 4:17 p.m. Thursday. Officers were then directed to the Nike store, where three cartridge casings were found just inside the main entrance.

Surveillance video showed six people had been involved in a fight in front of the store’s checkout area, causing several customers to run away. Two people involved in the fight — identified as Lark and May — left the store briefly and then returned. Upon returning, Lark allegedly fired a handgun several times toward others involved in the fight.

Chief Hodges said, “Mr. May had prompted Mr. Lark to go back in and shoot up the store, and unfortunately, Mr. Lark chose to display a complete lack of respect for humanity and walked into the store and fired off three rounds into a crowded Nike store.”

Security footage showed the two then ran out of the mall’s north doors, through the north lot and into the Ikea parking lot. Officers then determined they were picked up by a Best Western hotel shuttle and taken to the hotel just south of the mall.

According to the complaint, phone records showed that May called Arnold two minutes after the shots were fired in the mall. May then got five calls from Arnold between 4:20 p.m. and 4:23 p.m.

Arnold’s girlfriend is Selena Raghubir, an assistant manager at the Best Western and the cousin of Denesh Raghubir, who was identified as the driver of the shuttle that picked up May and Lark.

The complaint states that hotel management confirmed Denesh Raghubir isn’t the regular shuttle driver and the regular driver was working at that time but he allegedly told officers he dropped Lark and May off at the hotel and knew them as friends of his cousin, Selena.

Denesh Raghubir also told officers that Selena Raghubir left the hotel immediately after he dropped Lark and May off and he didn’t see her for 45 minutes, the complaint states.

Officers searched Arnold’s and Selena Raghubir’s home and vehicle the next day and found the orange shirt apparently worn by May and the white tank top worn by Lark at the time of the shooting.

As of Monday afternoon, Denesh and Selena Raghubir and Arnold were all in custody. If convicted, they could face up to three years in prison and a $5,000 fine.

Lark and May remain at large. WDIO sister station 5 EYEWITNESS NEWS has learned that both Lark and May are on probation for past gun-related crimes.

“We are deeply saddened by the violence that took place at the Mall of America last week and our thoughts are with the Minneapolis community. Noting this hotel is independently owned and operated, we support the hotel’s decision to immediately terminate the employees who were allegedly involved in this terrible event. The actions of these employees stand in stark contrast to our brand’s values and the sense of community that is at the heart of our hotel family.”

Bloomington police provided an update on their investigation at 3 p.m. Monday.

Chief Hodges stated, “If someone chooses to pull out a gun or a weapon and has blatant disrespect for humanity, I don’t know what security defense we’re going to have for that. Our security posture will remain the same.”

The mall didn’t say how long those measures will remain in effect.