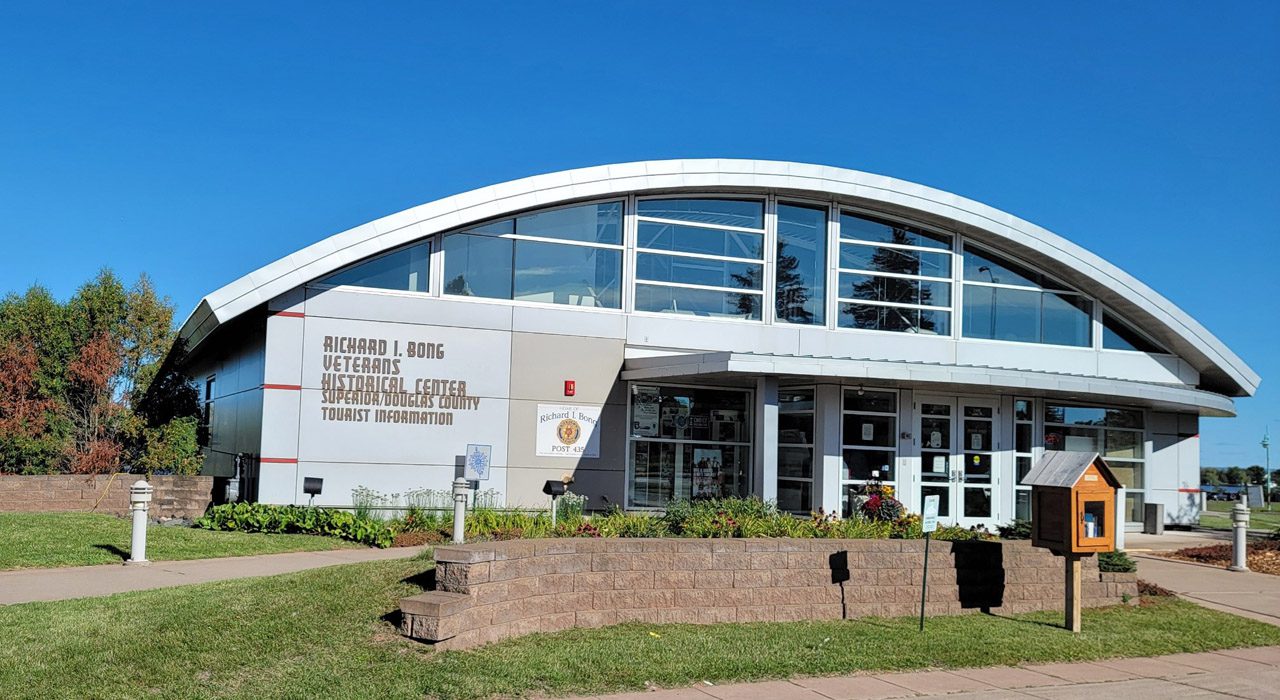 There are special events on Friday and Saturday to honor Major Bong.

Friday features half price admission to the museum. The public is invited to walk through a Vintage Military Weapons show display from noon to 7:00 p.m. The “Pint full of History!” program will begin with a social hour from 5:00 -6:30 p.m. followed Richard Bong historians Mike O’Conner, author of “America’s Ace of Aces” and documentary film maker John Anderson, “Shooting Star: The story of Richard I. Bong from 6:30 – 8:00 p.m. There will be a cash bar at this event.

On Saturday, the festivities will be hosted by the Border Town Betties and will begin at 9:15 a.m. There will be the first “Maverick and Goose Top Gun Shootout” bags tournament. Games will start at 9:30 a.m. The first 32 teams to pay will be accepted. Visit the www.bongcenter.org website for more information.

At noon, will be the “High Flyers’ Motorcycle and Kids Bicycle show. Then from 1:00 p.m. – 3:00 p.m., there will be a Puppy Dog Parade. The “Poochtacular” event winds up with a Parade around the gounds of the Bong Center. Two lucky dogs will be awarded the “Maverick and Goose” awards for the favorite large and small sized dogs.

The celebration will end with a launch party inside the Bong Center for Warrior Brewing Company’s Patriot IPA “Ace of Aces” edition. Warrior Brewing is a local brewery operated solely by Veterans. Their latest batch is in honor of Richard I. Bong.

Richard I. Bong is a World War II Fighter Pilot from Poplar, Wisconsin who shot down a record 40 enemy aircraft during his time of service. Major Bong was awarded over 25 medals including the Congressional Medal of Honor.