Keith Ellison begins ‘Minnesota is Not For Sale’ tour 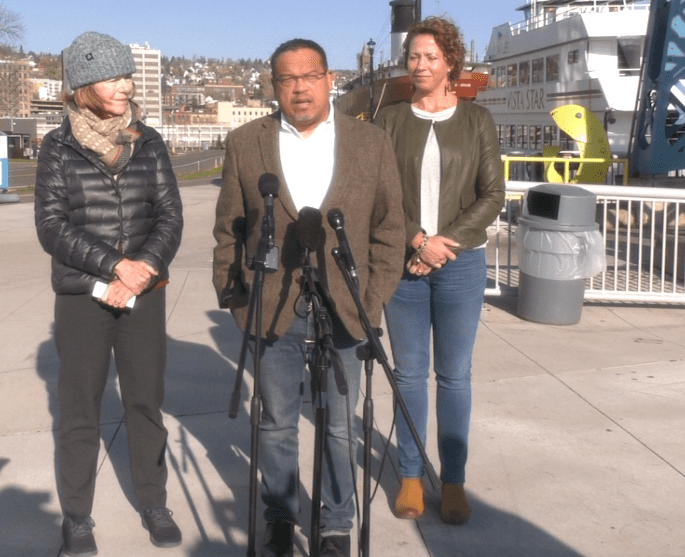 As the midterm election draws closer, politicians are on the move to state their agender clearly to voters

On October the 28th, incumbent democratic attorney general of the state, Keith Ellison kicked-off his weeklong tour called ”Minnesota is not for sale” in the city of Duluth. This he said is in effort to protect Minnesotans from corporate greed and price-gouging by the fuel industry.

While answering questions from newsmen about his lawsuit against Exxon Mobil which some have seen as an harassments on the oil giant, he said – ”Exxon Mobil has been harassing Americans for the last several years with their price-gouging, Exxon Mobil has been jacking up prices and profiting off this pandemic crisis for literary years. They are the ones doing the harassing not me. all I’m trying to do is make them tell the truth about the effect of their product”.

He says he is running for reelection in order to keep helping Minnesotans afford their lives and live with dignity, safety and respect.