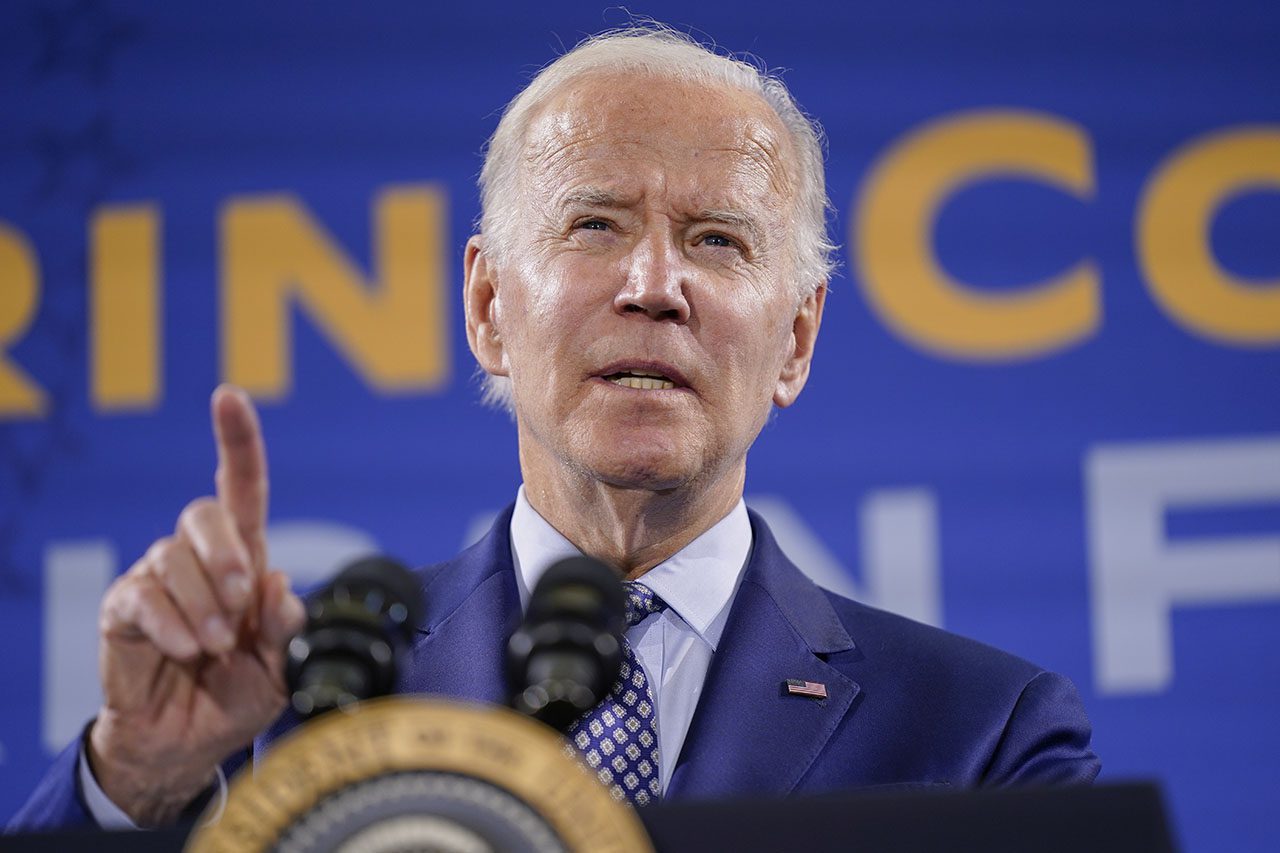 ALBUQUERQUE, N.M. (AP) — President Joe Biden’s travel schedule before Tuesday’s midterm elections reveals his defensive stance in the campaign’s closing days: He’s spending the bulk of his time trying to hang on to seats that his party already holds.

Biden kicked off a four-state, three-day campaign swing on Thursday to support Democrats in competitive races in solidly blue California, Illinois and New Mexico as well as battleground Pennsylvania, where Biden has deep roots.

His first stop was Albuquerque, where he spoke about his student debt relief program by calling it “a game changer for so many people.”

Nearly 26 million people have applied for loan forgiveness, up 4 million from two weeks ago. About 16 million applications are expected to be approved by the week’s end, but no debt can be forgiven until a legal fight over the program is resolved.

“Republican members of Congress and Republican governors are doing everything they can, including taking us to court, to deny relief, even to their own constituents,” Biden said.

Speaking to young voters whose support Democrats are seeking, Biden said, “You represent the best of us.”

His itinerary illustrates the limited political clout of a president who has been held at arm’s length by most Democrats in tough races this cycle. It also suggests that the president, whose approval rating remains underwater, has concluded that he can be most effective using the waning days before polls close to shore up support for Democratic candidates in areas that he easily won in 2020.

“Democrats are clearly on the defensive and that’s bearing out as the campaign comes to a close,” said Christopher Borick, director of the Muhlenberg College Institute of Public Opinion. “Their chances for gains don’t look realistic, so now you look to what you can preserve. The president’s travel schedule is reflective of where they see this cycle going.”

The president’s party typically faces significant losses during midterm elections. Since 1934, only Franklin D. Roosevelt in 1934, Bill Clinton in 1998, and George W. Bush in 2002 saw their parties gain seats in the midterms.

The decision to deploy Biden to areas where he won handily in 2020 was made in part because of concern about voter energy in races that Democrats view as must-win. Party officials are also concerned about some candidates who have seen their races tighten in the final days of the campaign.

In New Mexico, a state Biden won by nearly 11 percentage points in 2020, he held the Albuquerque rally for Gov. Michelle Lujan Grisham, who is facing a Republican challenge from former TV meteorologist Mark Ronchetti.

Later Thursday, Biden was joining Rep. Mike Levin for a get-out-the vote event at a community college in Oceanside, California. Levin represents a district with a slight Democratic tilt that cuts through San Diego and Orange counties and that Biden carried by double digits in the 2020 presidential election. Republican nominee Brian Maryott has gone after Levin over inflation, gas prices and rising crime.

Biden is to spend part of Friday and Saturday in the Chicago area, where two-term incumbent Rep. Sean Casten is facing a stiff challenge from Republican Keith Pekau as he tries to hang on to a suburban district that Biden won by a double-digit percentage in 2020. The White House has yet to announce Biden’s plans for his time in Chicago.

The Congressional Leadership Fund, a super PAC aligned with House Republican leaders, this week announced an $1.8 million ad buy to assist Pekau, the mayor of south suburban Orland Park. And Rep. Kevin McCarthy of California, the House minority leader, is due to campaign with Pekau in the district on Friday.

Casten’s campaign, in a fundraising email Wednesday, called the crush of super PAC money a “last-ditch effort to buy this seat” and implored his supporters to send him contributions for the campaign’s final stretch.

The president on Saturday will head to Pennsylvania to campaign with Obama for Democratic gubernatorial candidate Josh Shapiro and Democratic Senate candidate John Fetterman.

Pennsylvania Democrats are trying to keep control of the governor’s office, which is being vacated by Tom Wolf as he finishes his second term. Fetterman is locked in a tight race with Republican Mehmet Oz, vying for the seat being vacated by the retiring Republican Sen. Pat Toomey.