In December 2018, Dr. Heather Buchholz noticed something was wrong with her 18-month old daughter Lily.

“We had noticed that she had just not really seemed to have much energy for several months and just things just weren’t like walking, wasn’t really picking up,” said Heather. “We were carrying her a lot, so it felt like something was off for some time, but we hadn’t really found a reason why.”

“She was actually diagnosed on ultrasound at the hospital I work at, at St Luke’s, so that was hard,” said Heather. “And you know that at that moment your life will change.”

That night, Lily was transferred to a children’s hospital in Minneapolis. 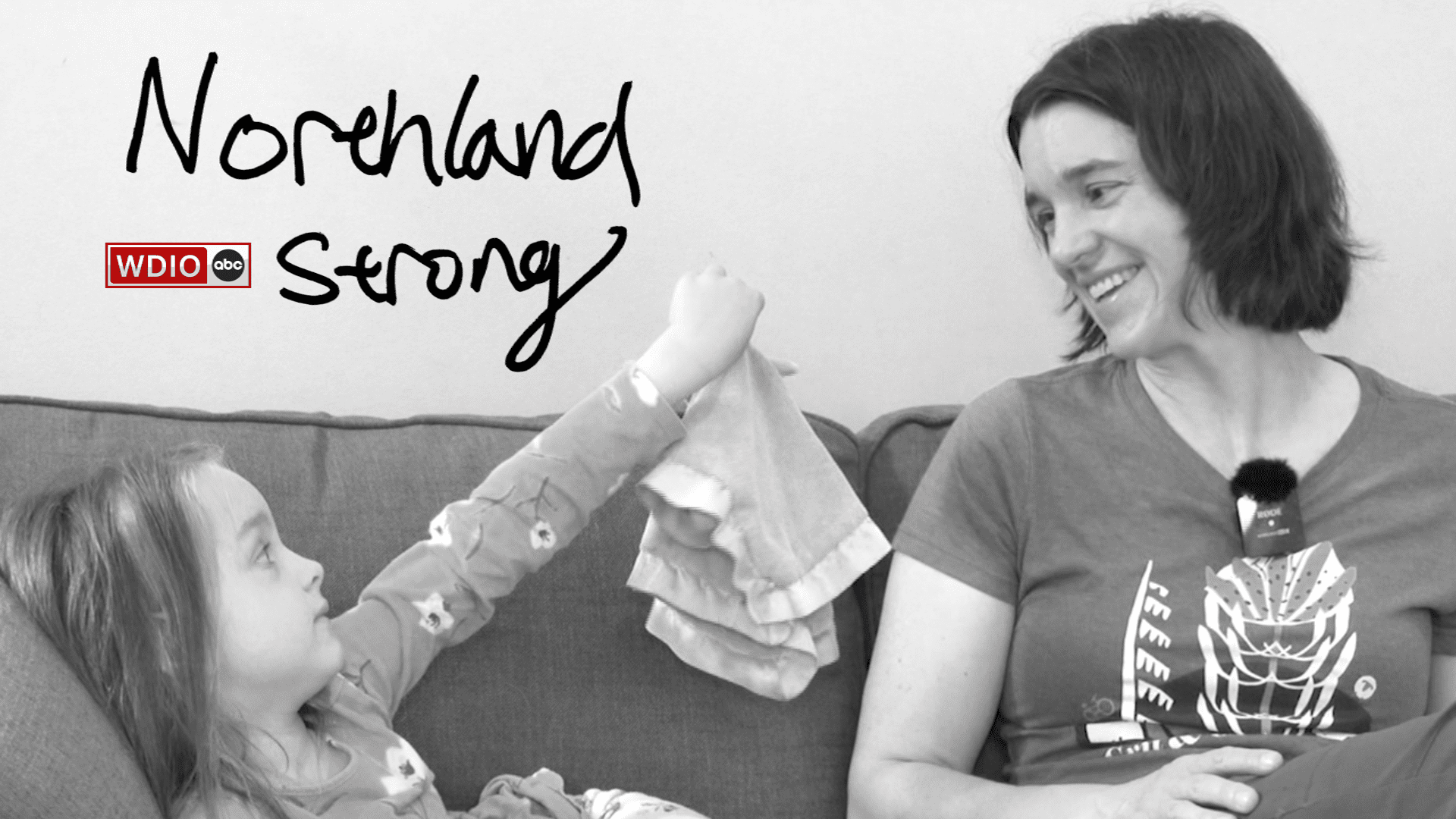 After being by her child's side during cancer treatment, Heather Buchholz decided to give back to charities that helped her family.

“Then from there we went through a kind of initial workup, which was like a liver biopsy and imaging,” recalled Heather. On December 21st, she ran her first chemo. So that was quite the journey. Her tumors in her lungs were not really responding well to the chemo. They were small tumors, but they weren’t really going away.”

“That’s when we moved towards a liver resection of 60% of her liver, and that was a successful resection. The tumor was sitting next to a lot of important structures like her blood vessels and the biliary tree, and they initially didn’t not think it would be respectable,” Heather explained. “And she wasn’t a transplant candidate because the cancer had already spread into her lungs, so she couldn’t just get a new liver and still have cancer. So we were really lucky that with the pediatric liver transplant surgeon in Cincinnati, they were able to get clear margins on the tumor.”

More chemo was needed after the liver resection.

‘It’s kind of this race of trying to keep hitting this tumor with chemo, but also trying to balance the side effects of the chemo,” explained Heather. “It can cause hearing loss, which we have just a touch of cardiac issues and renal issues are the main thing, but we also just would bottom out blood counts every cycle and most of the time be admitted to the hospital.”

Taking care of her sick child, Heather stayed in Cincinnati, going back and forth between the hospital and the Ronald Mcdonald House across the street.

“I remember after one of her lung surgeries, she was having difficulty with breathing. And I basically contacted the cardiothoracic folks that were in charge of her surgery and then put her in a stroller and ran across the street to the ER because that was quicker than an ambulance,” Heather recalled. “And so that was a blessing to be, you know, just have that proximity and have a more home-like environment.”

When Lily was first transferred to Cincinnati, they got there via Angel Flight since Lily could not be on a commercial flight. Because of this, the family was unable to bring much more than the medical equipment needed for Lily.

“I had two T-shirts and two pairs of pants. We didn’t have much. So even things like you rip a hole in your pants in the hospital and you’re down to one pair,” said Heather. “So all those things are challenging when you don’t have a car, you don’t have an ability to be in public because of your kid’s health.”

Not being able to go to the store became dangerous after one of Lily’s chemo treatments.

“So one thing she could tolerate was breast milk. and we had to mix it with kind of a prescription formula, and I had to blend it and, you know, just putting that into a blender at the Ronald McDonald House wasn’t allowed because of just safety concerns,” Heather explained. “So I was being discharged with her and had no way to feed her.”

There, at a moment’s notice, a charity called the Dragonfly Foundation bought the family a blender.

“I didn’t have a car. I didn’t have a way to leave. She couldn’t be in public either and was also vomiting. So a very fragile kid,” said Heather. “Suddenly I was at the Ronald McDonald House and the front desk called me and said, ‘the blender is here,’ and I was like, ‘oh, my gosh, you know, okay, she’s going to have food for good’.”

After more chemo, Lily had her first successful lung surgery.

“They took out a couple of little nodules from her lungs on one side and then more chemo and then the next lung surgery,” said Heather. “And that is when we really had hope that we could see the other side of this.”

On June 21st, 2019, Lily concluded treatment, and the family was able to return to Duluth. Lily turned two one week later.

With the happy news that her child had was going to be okay, Heather decided to organize a community bike ride.

“I just kind of envisioned it as a celebration,” said Heather. “And also, after living in a hospital for basically eight months, I couldn’t imagine anything better than biking on the North Shore for a day.”

One feature about the event stands out.

“We have tutus. When Lily was feeling well enough in treatment, she would want to put on a skirt, the fluffier, the better,” explained Heather. “And so it was kind of a marker of where she was feeling that day, that she’s feeling good enough to support the tutu.”

This year’s “Grit and Gratitude” bike ride will be held on Sunday at SpokeNGear in Two Harbors. Check-in is 8-9 am for the 50-mile race and 9-10 am for the 25-mile race. There will also be a silent auction from 9 am to 2 pm.

All money raised will go back to research and charities that supported the family during lily’s journey. Half will go to hepatoblastoma research at Cincinnati Children’s Hospital. 30% will be donated to Ronald McDonald Charities, 10% to the Northern Lights Foundation, and 10% to the Dragonfly Foundation.

“I’m hoping to help carry other families forward through the research and also just the charities that are supporting their day to day lives, and hopefully get more kids over to survive their diagnosis,” said Heather.

In attendance will be a healthy, happy, Lily who is now five years old and three years cancer free.

And that is why Heather and Lily are Northland Strong.