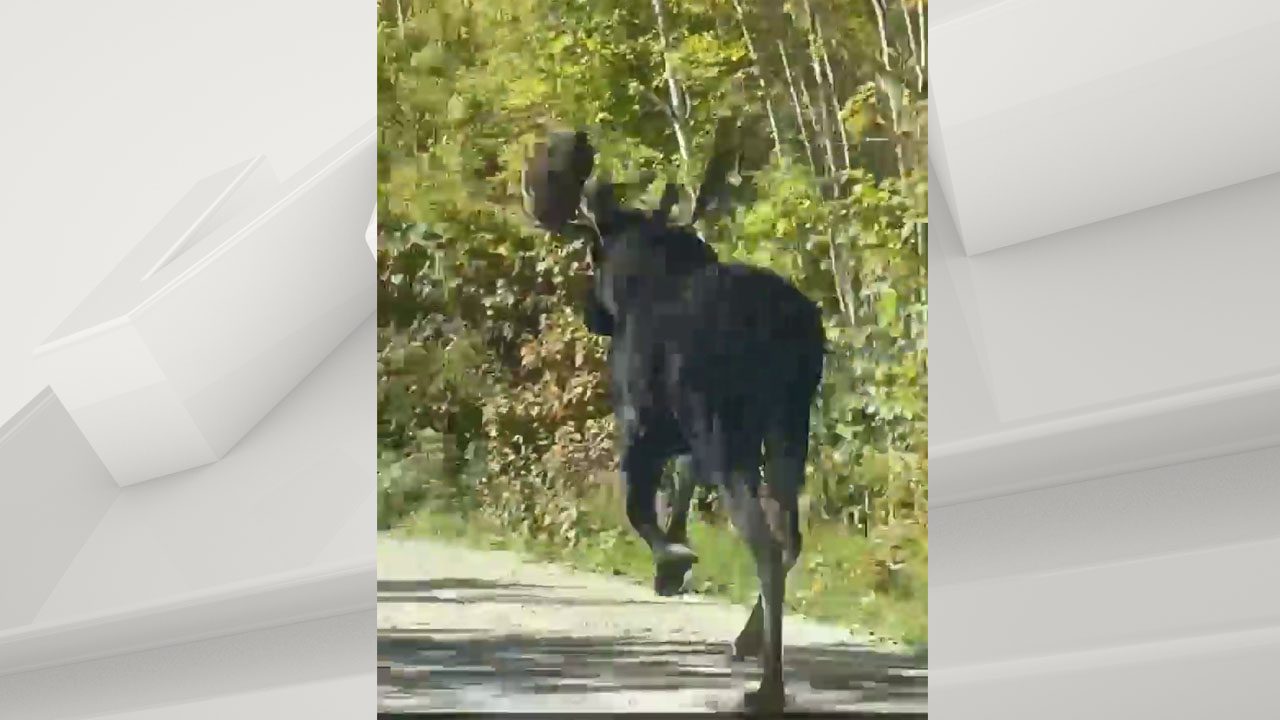 It is common to see wildlife standing along side of the road when traveling across the Northland. Deer, fox, bear, even wolves can cross our path. If you are really lucky, you may even spot a moose. That is exactly what Emily Wacker came upon while driving down a dirt road in Northern St. Louis County.

Imagine driving around the corner and seeing this big guy? Emily was able to record this video near Pfeiffer Lake, Minnesota on September 30.

According to the Minnesota Department of Natural Resources (MN DNR) website, the moose population in the state remains stable. The DNR says there are approximately 3,440-6,780 animals.

The DNR says the 2022 estimated number of moose is the highest it has been since 2011.

Each year the DNR conducts an aerial survey in northeastern Minnesota to estimate the moose population. The last survey was conducted from January 6-14, 2022.