The officers are starting a difficult career that has been in the public eye in recent years.

“Policing is one of the hardest jobs in the nation right now because a lot of times you don’t have the support of some parts of the community, in some parts of the political world and some parts of the business world,” said St. Louis County Law Enforcement Chaplaincy President Father John Petrich. “But that’s a small part because we talked this morning about 95% of the people in the nation, the only time they connect with a police officer to talk to them is to ask for directions.”

According to Police Chief Mike Ceynowa, the department is still down around 22 staffers. Despite this, there is hope for better staffing. 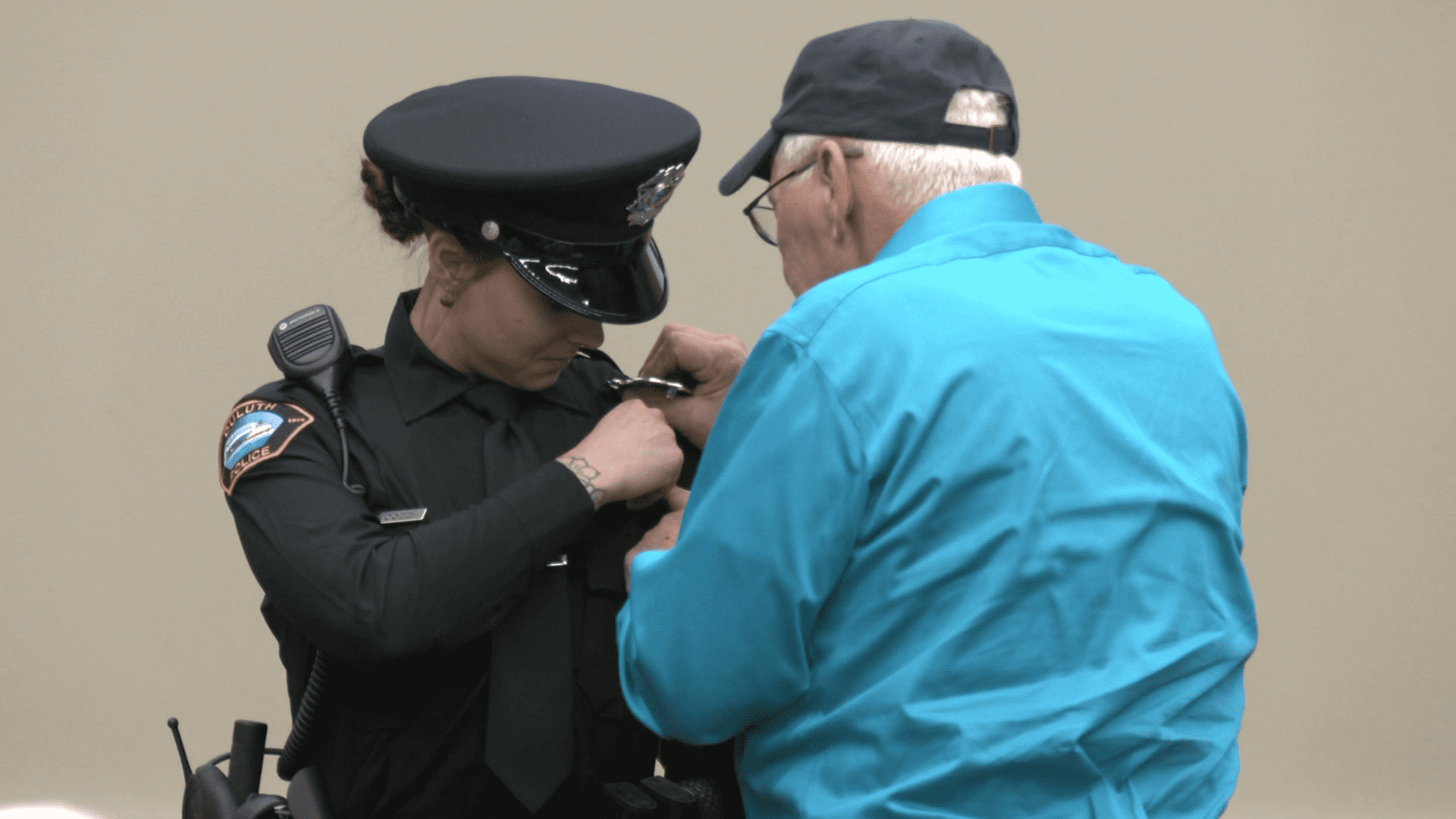 Eight new officers were sworn in to begin a career at the Duluth Police Department.

For new hire Lucas Pyrlik, this job has been a goal since a young age. Pyrlik joined Duluth Explorers at age 14 and was an active member until he began college at the Fond du Lac Tribal and Community College during his senior year of high school.

“The Duluth Explorers program kind of just gives you some insight in law enforcement in general and gives you different scenarios that you can walk through and whatnot,” said Pyrlik. “After that, I was a community service officer with the city of Duluth, and then Explorers was also with the city of Duluth. So after I did those two, I moved on and continue to try to apply here. And I finally got the job at age 20.”

Pyrlik and his peers are excited to begin their new jobs.

“I mean, this has been quite a long process going on for about, you know, two or three months now. So I think starting on the road and starting to get more information about the job, learning new things,” said Pyrlik. “And after that we go on solo and I think that’s going to be a huge kick to the career. I got a long road ahead of me being so young right now, so very excited to get it started.”