DA rules no charges for Superior officer, ran over person with squad 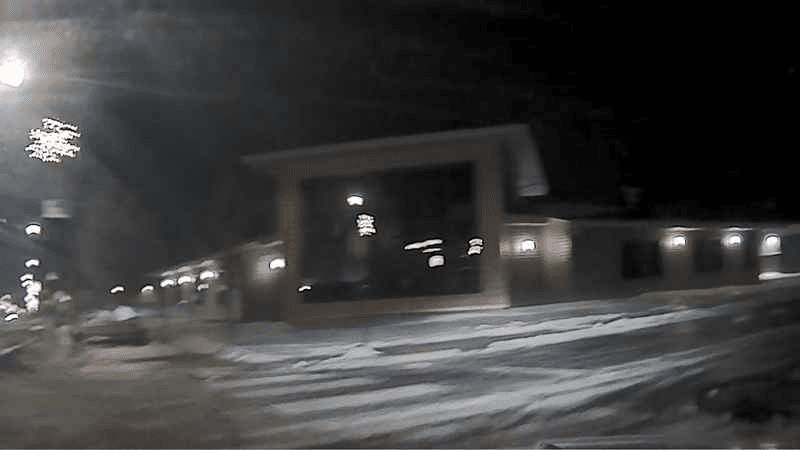 The shape of a person may be visible in the lower right of this image from dashcam video.[Superior PD]

The Douglas County District Attorney decided Tuesday that no charges will be filed against a Superior Police Officer, who’s police vehicle ran over a man lying in the road.

The incident happened in February 2022, when Officer Joshua Sislo was on patrol, looking for a man suspect of prowling cars in the area of Tower Avenue and Broadway Street in Superior. Video of that night shows the squad car turning right onto North 8th Street from Tower Avenue. What may be the shape of a person briefly appears on the video before the squad car experiences a bump and then slows down. No person could be seen in the video moments before the squad reached the intersection.

DA Mark Fruehauf announced Tuesday that the evidence does not support that Sislo committed a crime. Fruehauf also confirmed that Sislo was not impaired by any intoxicant at the time of the incident, nor were there any distractions from other devices.

At this time, it is still unknown how this person came to be laying in the intersection.

It is this writer’s conclusion that the evidence does not support that a crime was committed by Officer Joshua Sislo.

At the time of this incident, Officer Sislo was not impaired by any intoxicant. He was not using his phone while driving. Prior to the impact, the vehicle appeared to be being operated in a normal manner.

Officer Sislo reported that following the impact, he believed he had hit a chunk of ice and that when he checked his mirror, he did not see anything. This account is consistent with the evidence obtained in this investigation. Collision with a chunk of ice or snow while driving is not an uncommon event in Superior in February. Since the person lying in the road did not appear to be moving prior to impact and was wearing dark clothing, Officer Sislo’s account that he did not see anything upon checking his rear mirror is credible.

It is also worth noting that Officer Sislo was the first person to bring to his supervisor’s attention the fact that he may have been involved in this and caused his supervisor to review the squad camera footage from earlier in the night. Not all video footage recorded by a squad camera is reviewed by an officer’s supervisor as a matter of course. Officer Sislo self-reporting his possible involvement resulted in this video evidence being located and preserved when it might not otherwise have been without his report.

The evidence does not support that Officer Sislo knew or had reason to know that he had been involved in an accident involving injury to a person at the time of this incident. As such, no criminal charge will be filed in connection with this matter.