CSB releases final report on the 2018 refinery explosion in Superior 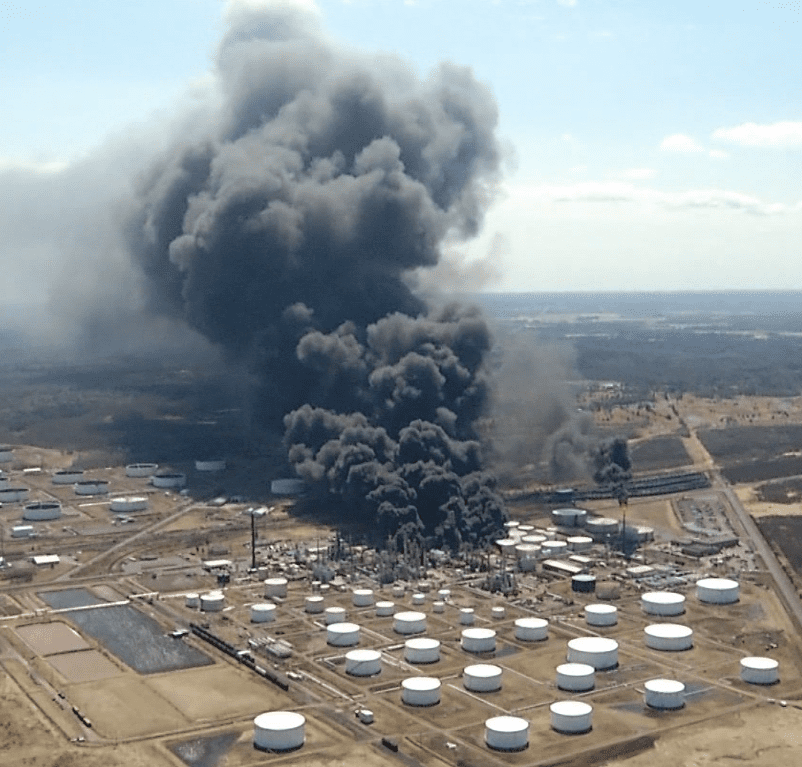 After years of investigation, the final report and findings of the 2018 Husky Refinery explosion have been released.

The U.S. Chemical Safety and Hazard Investigation Board announced Thursday more details into how the incident happened, while the refinery was shutting down its fluid catalytic crasking (FCC) unit. The CSB found two vessels in the FCC unit exploded, propelling metal fragments up to 1,00 feet away, puncturing a nearby asphault storage tank. This ultimately spilled 17,000 barrels of hot asphault that ignited and caused multiple fires.

The CSB’s final report notes that in addition to smoke from the fires at the refinery, the City of Superior evacuation was based on the potential risk of a release of highly toxic hydrofluoric acid (HF), which was stored and used at the refinery. Although no HF release occurred, the risk of an HF release was present because the HF storage tank was closer to the point of the explosion than the asphalt storage tank and could have been punctured by the debris from the explosion.

The report found six key safety issues at the Superior Refinery. Transient operation safeguards were not implemented at the time of the explosion, and the report found that Husky failed to adequately maintain process safety information, operating procedures, and operator training when it came to its FCC unit. Emergency preparedness, brittle manufacturing, and overall industry knowledge and guidance were also among the CSB’s six key issues.