Car drives through side of Island Lake Inn

Employees at the Island Lake Inn are cleaning up, after a car drove into the side of the building.

The St. Louis County Sheriff’s Office says a 36-year-old driver from Tower was driving to work Wednesday morning, just before 7 a.m., when he fell asleep at the wheel.

Authorities say the driver had minor injuries, but did not require medical attention and he was wearing his seatbelt. There was no sign of impairment, and drugs and alcohol were not a factor, according to the Sheriff’s Office.

Island Lake Inn co-owner Sam Spears said he was woken up by a call from his mother-in-law, who is also an owner. Then photos started flooding into his phone.

"The ATM was underneath the car. It knocked our pull tab booth all the way through, sitting on top of the bar," he described. "It was a lot." 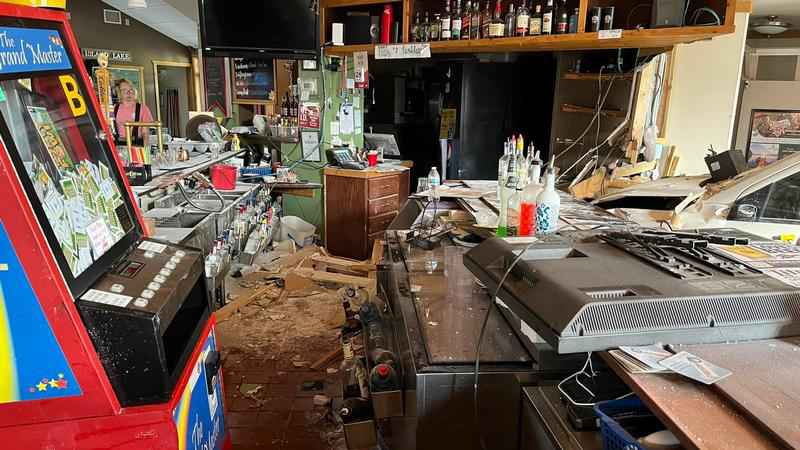 Their cleaner was inside the building when the car came through, but Spears said luckily, she was on the other end and not hurt.

Damage estimates are still being worked out, but by 3 p.m. Wednesday, the building had been sealed back up and cleanup was beginning.

The Island Lake Inn will be closed for the time being, but they hope to reopen by Friday.

"This is the biggest weekend of the whole year for us. So we’re like, of course it happens today," Spears said. "And our food truck got here today and we way over-ordered, so our freezer is packed to the gills and we’re not selling any of that food, unfortunately, right now."