Happy homecoming for airmen from the 148th Fighter Wing

After being gone for nearly four months, airmen from the 148th Fighter Wing are back at home again. They returned from a deployment to Saudi Arabia on Wednesday.

Loved ones lined up at the base to see the plane arrived. There were so many signs and smiles, and then cheers when they came off the aircraft.

One little girl, Emy, had just found out her dad was coming home. “My mom surprised me this morning,” she told us. So she made a sign, and was there with her family when Staff Sgt. Verne Parks walked off the plane.

Parks himself told us that moment was so great. “It really was something, it’s nice to be home.”

Another little boy, Easton, was ready with his sign. “I’m really excited. I haven’t seen him in a long time. I want to go fishing and golfing with him,” he told us. 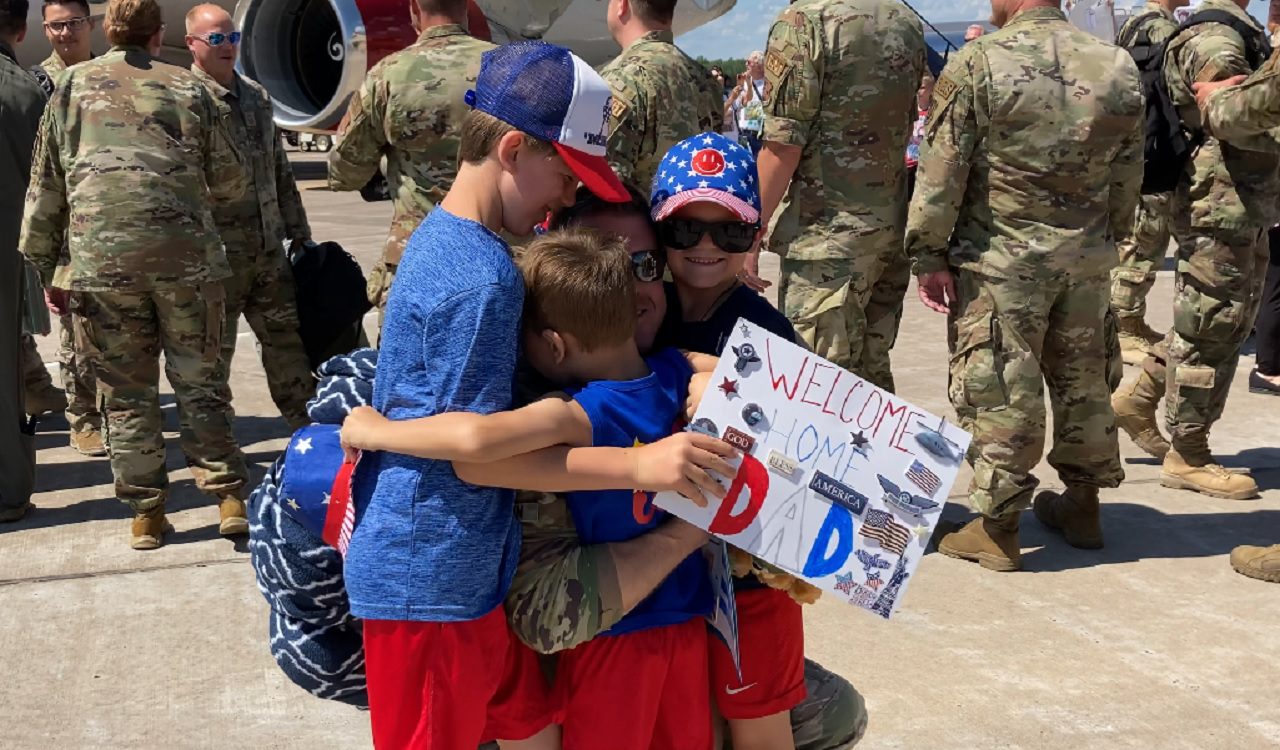 The Johnson family enjoys a long hug after a nearly four month deployment.

10 years ago, we met his mom and dad, when dad returned from another deployment. That’s when Master Sgt. Kevin Johnson found out he was having a little boy.

Fast forward to now, there are three little boys in the mix. Johnson said, “The real heroes are the wives and husbands who stay behind. My wife kicked butt. I’m really proud of her.”

Kaylee Johnson told us she’s very happy to have him home.

The group of about 175 airmen helped fly over 700 sorties as part of Operation Inherent Resolve.

They also conducted training with air force personnel from Oman and Egypt.

Colonel Curt Grayson, the Vice Wing Commander, said it was a great day to see them return. “With the support of the families and the members getting back to see them, it’s going to be a great rest of the summer.”

More airmen are expected to return home in the coming weeks.