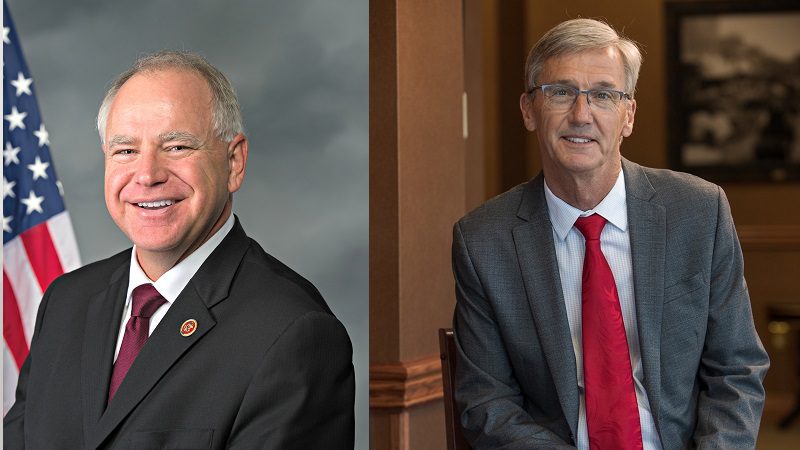 Democrat Tim Walz has won a second term as Minnesota’s governor. Walz fended off a challenge by Republican Scott Jensen, a family practice physician who grabbed national attention with his vaccine skepticism.

Walz was first elected in 2018, and is the 41st governor of the state. He also served Minnesota as a congressman from the 1st district.

Walz supports abortion rights, is a strong supporter of gun rights, and is a longtime supporter of legalizing both medical and recreational cannabis use. Walz supports LGBT rights, including federal anti-discrimination laws on the basis of sexual orientation.

Thank you, Minnesota. Let’s get to work! pic.twitter.com/seJG549YTg

“For the first time in Minnesota history, the Democratic-Farmer-Labor Party will hold the office of Governor of Minnesota for four consecutive terms,” Martin’s statement said. “Governor Walz and Lieutenant Governor Flanagan faced unprecedented challenges during their time in office, but they led Minnesota with courage, integrity, and an unwavering commitment to the well-being of all Minnesotans.”

Scott M. Jensen is a physician and former member of the Minnesota Senate. He is a member of the Republican Party of Minnesota, he represented District 47 in the western Twin Cities metropolitan area. He chose not to seek reelection in 2020.

During the COVID-19 pandemic, Jensen was known for his criticisms of COVID-19 lockdowns and promotion of COVID-19 anti-vaccination falsehoods.

He said that he supported a ban of all abortions unless a mother’s life is in danger, with no exemptions for cases of rape or incest.

Tonight, I have called Governor Walz and conceded. From the beginning, we said we would trail-blaze the issues & give Minnesotans an alternative choice. We fell short of our goal, but I am immeasurably thankful for the relationships that formed and the passion of our supporters! pic.twitter.com/o9lywNgwK7