Beyond the Playbook: New leader in town for Rock Ridge girl’s hockey

There is a new leader in town for the Rock Ridge girl’s hockey team.

“We are just excited for the new season and what the season has for us, and coming from her, it will be especially better because she knows what she’s talking about. She knows how to run a practice; she knows how to run the drills, and knows what she’s talking about from her previous hockey years and everything that she has done with that,” said junior center Sydney Spelts.

That new coach is Patty Elsmore! She is a two-time national championship goalie for the University of Minnesota at Duluth, a member of the 2006 winter Olympic team for Switzerland, and a former collegiate and prep hockey coach.

“I started playing when I was six years old back home in Switzerland. I moved over here on a full hockey scholarship to UMD and played for three years for UMD. I was able to bring my national team to the Olympic Games. I have been coaching ever since, and I was coaching while I was still playing actively. I coached up in Roseau, and I took them to state. I coached with Duluth Marshall, Duluth East, then I was at Saint Scholastica and was very excited to learn there. Lately, I was coaching at Cloquet-Esko-Carlton, I was their goalie coach, and I coached in Bantam. I am looking forward to keeping things rolling here and getting the success going.”

With all of her experience, Patty shared one of the many reasons why she wanted to become a coach. 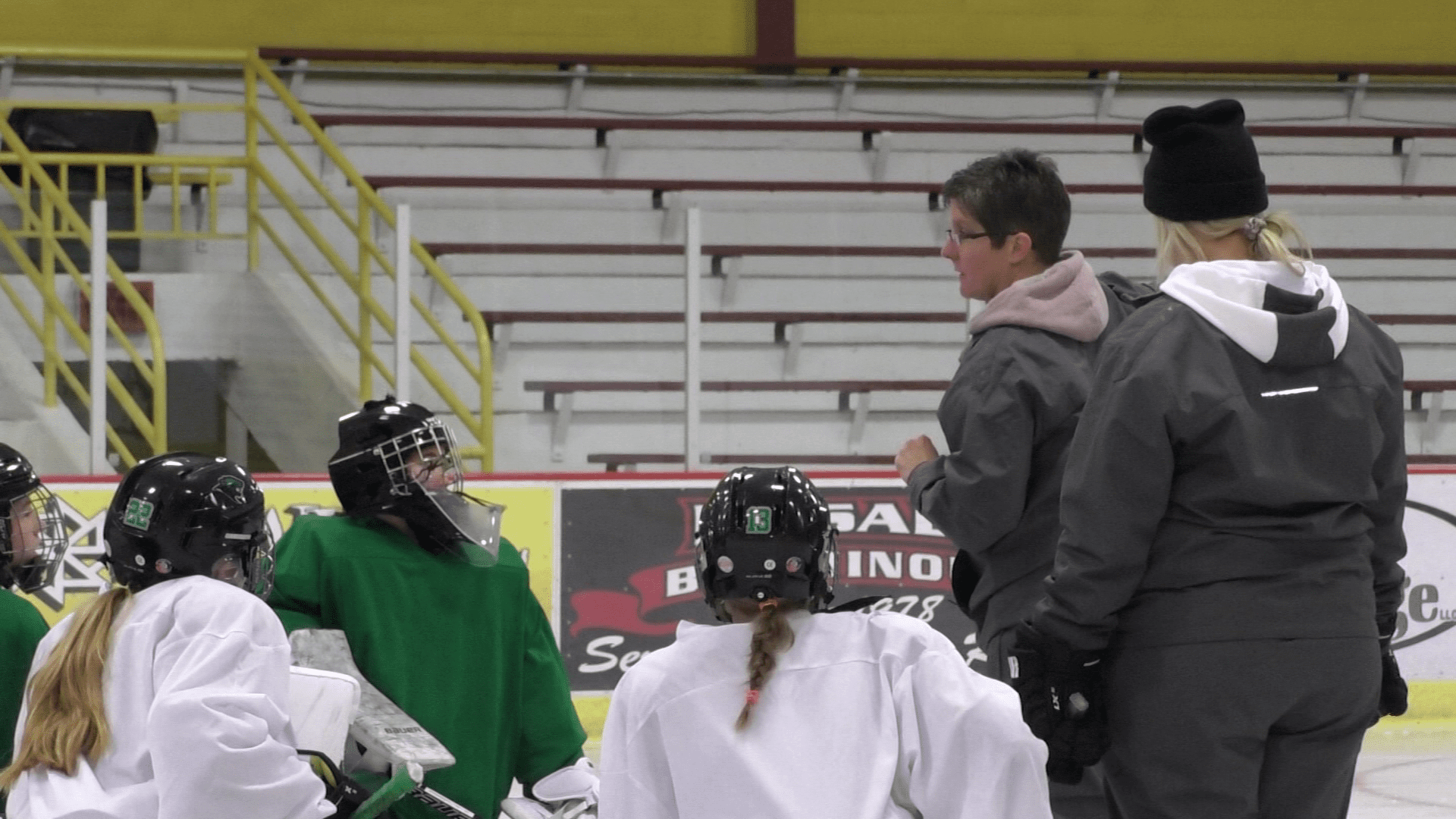 “When you grow up, you always have your coaches that mold you. So once I decided to become a coach, my goal was to be one of those coaches able to mold other players and give them that experience that I have gotten.”

The girls share their excitement and some of the things they want and are looking forward to learning on this new journey with coach Elsmore.

“She knows what she is talking about, and she’s been through it all. I mean, UMD, Division one, Olympics, and she is also a goalie. So, the goalies get to practice on a bunch of different things. She knows what to do, what to tell them; and just as a player overall, it is good to know that we are getting the right information,” said Ayla Troutwine, a freshman center.

Natalie Bergman, a sophomore center added, “I feel really good because she teaches me new things every single day. There is like no standing around in practice. She teaches everyone, not just the first line.”

For this program that is entering its second year and second head coach, Elsmore wants to bring her experience of playing and coaching to Rock Ridge.

“I think there are a lot of opportunities right here in all of it. It is a young program with a lot of young players, and being able to give my experiences to them and being able to relate to them is important. Knowing what it feels like to be in that situation, playing and giving back, giving them feedback, and helping them to grow as a person and as hockey players help. I think that is really, really important in my life.”

Elsmore and the Wolverines have three games under their belt together with a record of 1-3. They’ll be back on the ice Tuesday night, taking on Northern Lakes. Puck Drops at 7 pm.