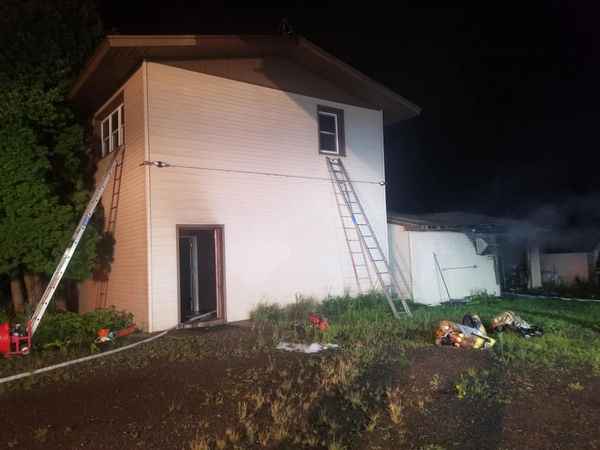 The Duluth Fire Marshal’s Office is investigating the cause of an early morning fire Sunday that caused more than half a million dollars worth of damage to WQRM Christian Radio station.

The fire was reported at 1120 East McCuen Street, where WQRM AM 850 is housed, by someone driving by at approximately 3:00am.

When firefighters arrived, they found heavy smoke and fire located in a one-story equipment building that is attached to the station’s two-story main building.

Crews from 10 Engine advanced an attack line into the structure and knocked down the main body of the fire within 10 minutes of arrival. Meanwhile, members of 1 Engine, 2 Engine and 8 Quint set up a 2,500-foot relay pumping operation from the nearest hydrant. Crews were on scene for approximately three hours overhauling hot spots within the two buildings.

According to the Department, the equipment building had three transmitters in it. All three were destroyed in the fire. Damage in equipment alone is estimated at over $500,000. Damage costs to the structure are estimated to be around $75,000.

No injuries were reported.

The cause of the fire remains under investigation.