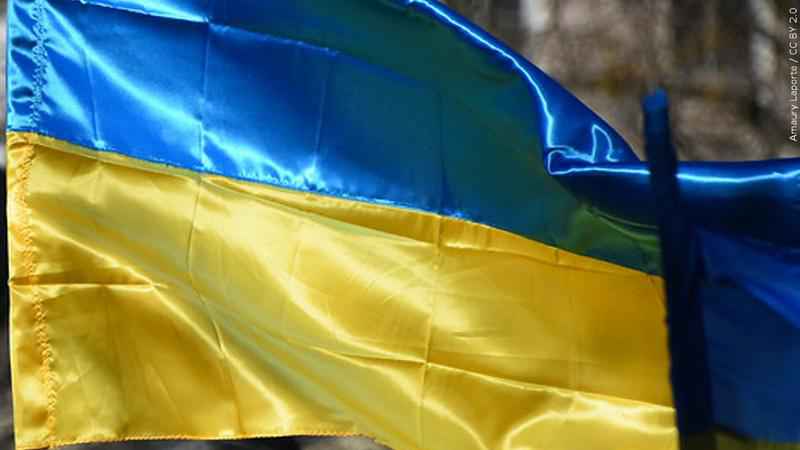 French President Emmanuel Macron said on Monday that he does not expect a negotiated end to the war in Ukraine for weeks.

He said that he has told the Russian leader that a cease-fire must come before any real dialogue, but that President Vladimir Putin has refused, making their regular talks “difficult.”

“I don’t think that in the days and weeks to come there will be a true negotiated solution,” Macron said at a forum in Poissy, a southwest suburb of Paris, while campaigning for the first time to renew his mandate in April presidential elections.

He said that Putin is making a “historic fault” with his war pitted against Ukrainians, “brothers.” Macron stressed the need to respect the people of all countries … “and ensure that no nation, no people be humiliated.”

Macron said that Russia, too, must be respected as a country and people because “There is no durable peace if Russia is not (part of) a … grand architecture of peace on our continent. Because History and geography are stubborn.”

Italy is looking to house those fleeing war in Ukraine in residences confiscated from organized crime syndicates.

Interior Minister Luciana Lamorgese on Monday said that the national agency which keeps track of hundreds of seized and confiscated properties over the years are quickly checking to determine those suitable for refugees.

Some 14,000 refugees have arrived in Italy from Ukraine. Many of them have relatives or friends living in Italy, and it isn’t immediately clear how many have no one to host them.

Ministry officials will be pinpointing real estate that has been confiscated, but not yet assigned for use by municipalities or charities. After judicial authorities determine that property was bought with illicit revenues from organized crime like drug trafficking or extortion, it is seized and eventually made available for use by charities or other non-profit groups.

Lamorgese said using the properties to house refugees, even on a temporary basis, can give “concrete responses to those fleeing from war and above all to the most fragile persons, such as women and children.”

Albania on Monday strongly denounced the shelling of its consulate in the Ukrainian city of Kharkiv and called on Russia to stop aggression against Ukraine.

The Albanian Foreign Ministry tweeted photos of the building in Kharkiv where its consulate is seen destroyed after being shelled.

“Albania strongly condemns the #Russian aggression which led to the destruction of the Honorary Consulate of Albania in Kharkiv,” it tweeted, adding that, “Perpetrators must be held accountable! #StopRussianAggression #StandWithUkraine?.”

Albania has joined the European Union in the hard-hitting sanctions against Russian top officials and institutions.

Last week Albania and the United States initiated a resolution at the United Nations Security Council denouncing the Russian invasion.