The Duluth Wolfpack boy’s lacrosse team is gearing up to take on Centennial in the section semi-final on Tuesday.

To get to this point the team beat Anoka on the road by the final of 17-5.

"Anoka is a big ‘W’ heading into Centennial I know the boys are kind of nervous but I think we will give them a run for their money," said Junior defender Griffin Kinney.

In their last three games played, the Wolfpack have scored a combined total of 28 goals.

"I would love to come out with the same intensity, same energy, same mentality and confidence that we played with last week in Anoka. Centennial has a good squad, they have a bunch of good athletes and some stud players. So we have to do what we can to contain them. It is June, it’s playoffs this is the time of year we live for. It’s just exciting so I am amped to have another shot at the section semi-finals," said head coach Scott Wishart. 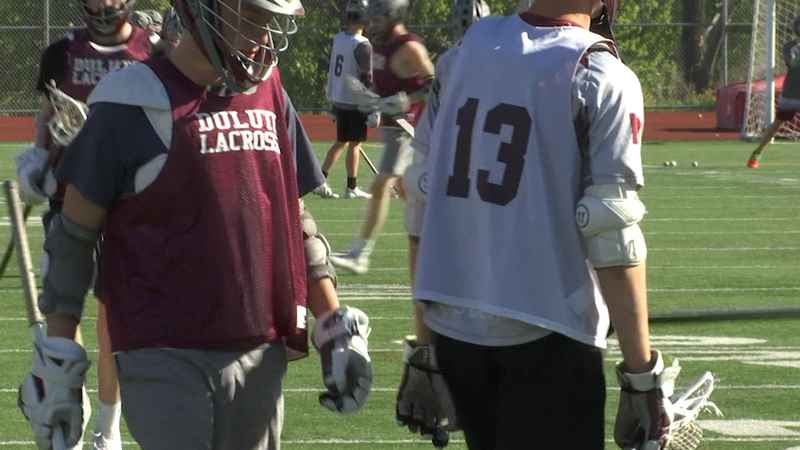 The first face-off of the semi-final match is set for Tuesday at 7 p.m. at Centennial Highschool.