The Minnesota and Wisconsin DNR use the “Winter Severity Index” to quantify the severity of each winter compared to others in an effort to track the impacts of weather on deer mortality.

The Winter Severity Index assigns up to two points per day during the winter. One point is assigned if the temperature is below zero as deer use more energy from their winter fat reserve.

“As more days get below zero, the deer have to work harder to keep their body temperature up and then they start going into that fat reserve,” explained Wisconsin DNR Deer Biologist Curt Rollman. “Most deer go into the winter with a really good level of fat, so it’s just a matter of how many days that gives and how much of that fat they have to use before that spring green up comes. It just kind of depends on how much they have to dip into those reserves and how quickly they would deplete them, essentially."

The other point is earned if there is a snow depth of over 18 inches in Wisconsin or over 15 inches in Minnesota. While deer are built for cold weather, deep snow depth causes them to have difficulty getting around.

“They’re really good at adapting to these kinds of things,” said Rollman. “They generally, before the snow, get to an area where there is a good amount of food or they get to an area with other deer so they can pack down trails and it’s easier to move even in deeper snow. So they definitely are adapted to get around it, but basically the deeper the snow, the harder it is to move around and the more energy it takes. And then dipping into that fat reserve again.” 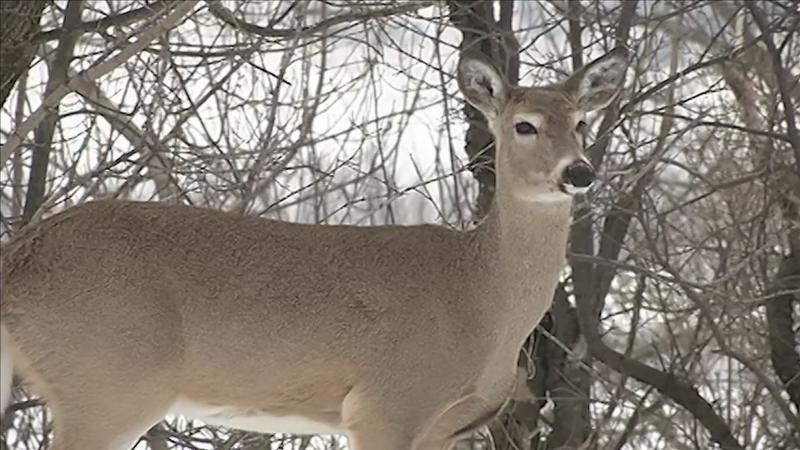 The WSI is used from November 1st to May 31st in Minnesota and from December 1st to April 30th in Wisconsin.

So far this winter, Wisconsin has had a moderate winter according to the WSI. Minnesota, however, has had a difficult year, especially for areas along the North Shore.

In the past ten years, portions of northeastern Minnesota have fallen into the severe category of the WSI. Although the WSI can be a good indicator of how deer mortality will be affected by a given winter, there are several other factors. In January and February, for instance, late winter snow and a late spring green-up can affect deer more than the cold as pregnant does are unable to keep up with the increased nutritional need.