William A. Irvin 5K set for record-size field of runners

This year is set to be one of the biggest Grandma’s Marathons in the entire race’s history, and that doesn’t exclude any other weekend races.

Marathon organizers say there’s a record field of nearly 2,700 runners signed up for the William A. Irvin 5K, which is in its 29th year. Thanks to the pandemic, the finish line location was shifted to Bayfront Festival Park, which actually allowed for a greater maximum number of racers.

"That was a change born out of necessity, with last year’s need to keep our participants more socially-distanced, that now has created some real long-term benefits in terms of continuing to grow this race," Marketing & Public Relations Director Zach Schneider said. "It’s put into play all kinds of exciting and interesting ideas for the 5K."

The start line this year is located on Harbor Drive behind the DECC. The finish line is at Bayfront Festival Park, same as last year. The racecoursewas redesigned in 2016, and takes participants on a scenic tour of Duluth’s waterfront before running through Canal Park back to the finish line.

Every finisher of this year’s William A. Irvin 5K will receive a commemorative medal and finisher shirt. Following the race, participants and spectators will be treated to live music at Bayfront Festival Park, with Pop Rocks scheduled to play from 6:30 p.m. to 8:30 p.m. That show is free and open to the public. 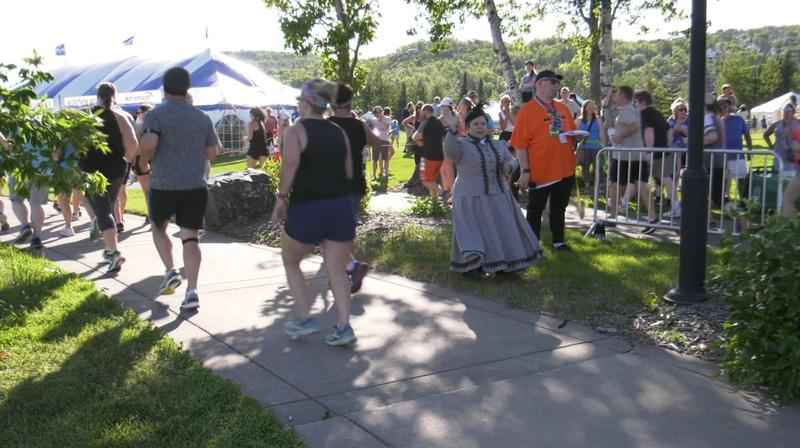 William A. Irvin 5K set for record-size field of runners. This year's race runs along the same course as last year, starting behind the DECC and ending in Bayfront Festival Park.[WDIO-TV]

Also new this year, each finisher will also receive a free drink ticket that can be redeemed Friday at Bayfront Festival Park.