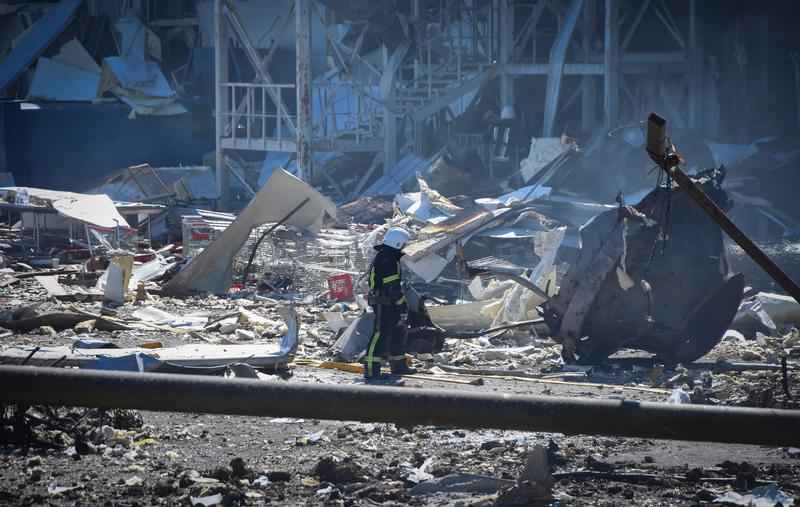 A destroyed building on the outskirts of Odesa, Ukraine on May 10, 2022.[AP Photo/Max Pshybyshevsky]

MOGADISHU, Somalia (AP) – Families across Africa are paying about 45% more for wheat flour as Russia’s war in Ukraine blocks exports from the Black Sea.

Some countries like Somalia get more than 90% of their wheat from Russia and Ukraine. That’s forcing many people to substitute wheat for other grains.

But the United Nations is warning that the price hikes are coming as many parts of Africa are facing drought and hunger.

The U.N. already had warned that an estimated 13 million people were already facing severe hunger in the wider Horn of Africa region as a result of a persistent drought.

The World Food Program chief says Russia’s war on Ukraine is “piling catastrophe on top of catastrophe” for the world’s poor.