University of Wisconsin-Superior (UWS) athletes, staff, and family were among those breaking out their clubs for a cause during the 34th Yellowjacket Alumni and Friends Golf Outing on Friday.

After canceling the event last year, UWS athletic director Nick Bursik said it meant a lot to bring the fundraiser back.

"It’s the 34th annual which is exciting to see us continue this tradition, even with the setback of last year. To see the turnout we have this year is awesome," Bursik said.

30 teams and over 120 golfers teed off in event held at the Nemadji Golf Course in Superior.

Proceeds will all go back to Yellowjacket athletic programs and facilities. 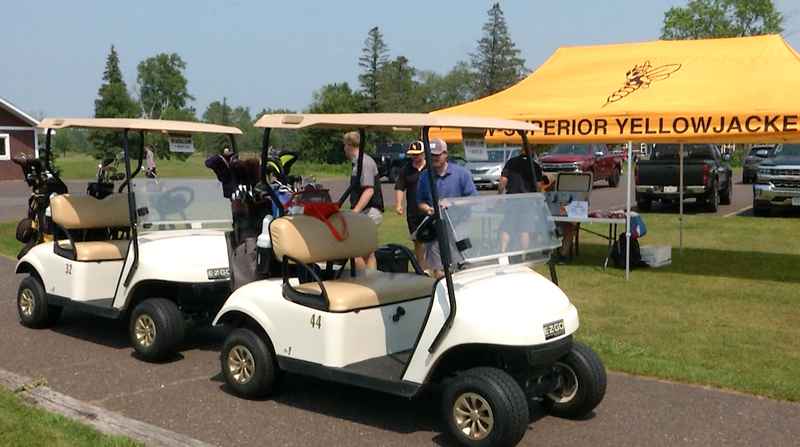 "We’ve been able to get extra stuff for the guys and be able to do trips, and team building activities, and meals, and apparel," said Rich McKenna, the head coach of the UWS men’s hockey team. "We’ve been able to use this event to move our program in a direction where not a lot of programs can get to."