Duluth native and University of Wisconsin-Superior (UWS) senior Maya Callaway has been named UMAC women’s tennis Player of the Year for the second straight season. She went 14-9 in singles this season including a 8-0 mark in UMAC play.

Additionally, junior Michael Janes and CeeJay Schaffner were named UMAC men’s tennis Player and Coach of the Year.
Janes is the first Yellowjacket to earn the men’s honor. Together they have helped the program to their first NCAA tournament which begins Thursday against North Central in Chicago. 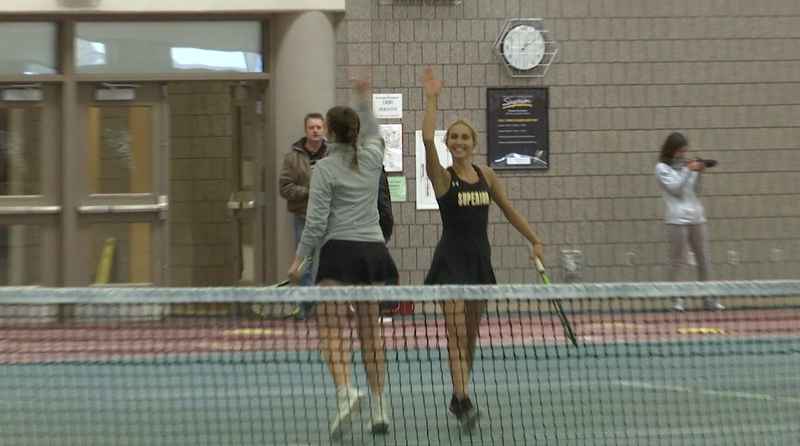