US building ‘small cities’ at bases for Afghans

U.S. military bases housing Afghanistan evacuees are building their own city-type leadership organizations to deal with sanitation, food and other challenges as the numbers of Afghans coming into the U.S. grows.

Air Force General Glen VanHerck, who heads U.S. Northern Command, said there were more than 25,000 Afghan evacuees being housed at the eight bases as of Friday. He acknowledged there have been problems as the bases grapple with language, cultural and other issues.

"I’m building eight small cities. OK, we’re going to have challenges just like you do across the nation in various locations. And so, I’m comfortable, comfortable and confident that we have processes in place to continue to address any of these challenges moving forward," VanHerck said.

He said the bases have designated a military officer as a "mayor" to be in charge of a couple dorms or housing units and an Afghan counterpart who can communicate about any ongoing issues. He said Northern Command has asked the Defense Department for additional linguists who are fluent and can speak with the Afghans.

The U.S. military will eventually be able to house as many as 50,000 Afghanistan evacuees at the eight bases around the country and won’t likely need to tap additional facilities, said VanHerck, who is also the head of the North American Aerospace Defense Command (NORAD). 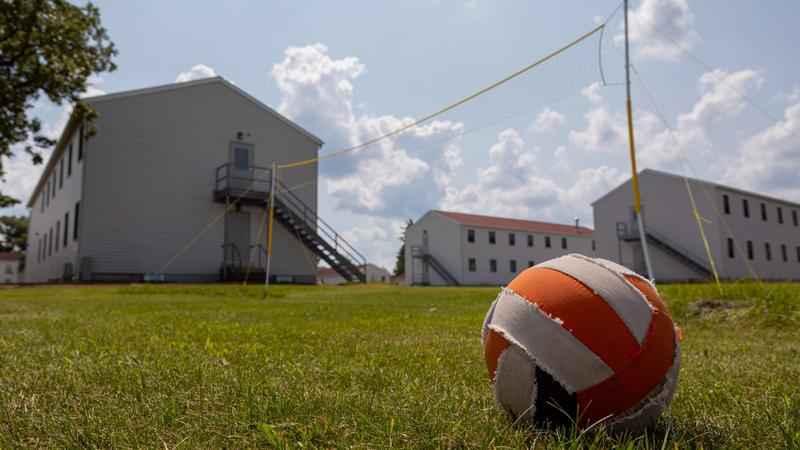 "This has been a massive military, diplomatic and humanitarian undertaking, one of the most difficult in our nation’s history and an extraordinary feat of logistics and global coordination under some of the most challenging circumstances imaginable," VanHerck said.

Afghans at the bases are divided, with single males and single females in separate housing, and families walled off in their own sections where possible to provide privacy.

So far, he said, there have been few problems with evacuees testing positive for COVID-19, and he has heard of no serious security problems.