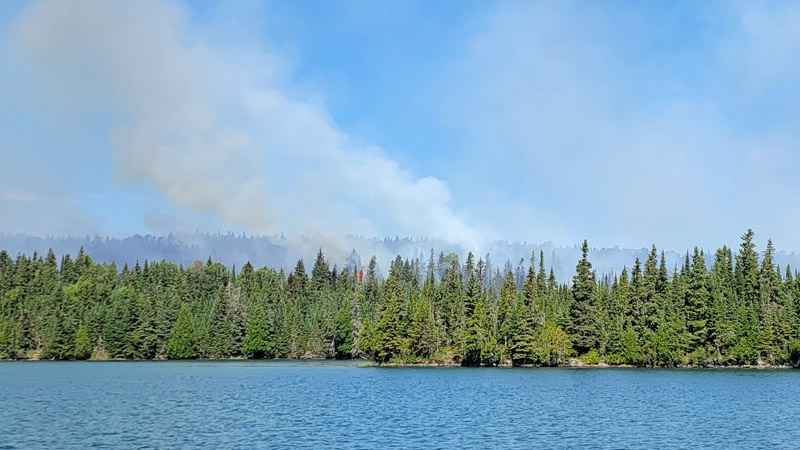 The Horne Fire, burning on the east end of Isle Royale is 15% contained.[National Park Service]

ISLE ROYALE, Mich. – A wildfire is burning on the east end of Isle Royale, Michigan, the island about 35 minutes from Grand Portage, Minn. in Lake Superior. According to the Isle Royale National Park service, the Horne Fire is approximately 200 acres in size and is now 15% contained.

The Park Service says the fire began on Sunday near the shore of Duncan Bay by the Tobin-Duncan Portage. The fire is being monitored by Park staff.

Park officials say due to ongoing drought conditions and elevated levels of fire danger, closures of campgrounds, trails and docks are being put into place.

The fire status will be continually evaluated as conditions change.

Follow the progress of the Horne Fire and other Current Conditions at the park.