Up North: Pickleball drawing Northlanders to DISC during winter months

Winter is in full swing and for Northlanders looking to stay active and out of the elements look no further than the Duluth Indoor Sports Center or DISC. Which has drawn the attention of pickleball players from near and far

“I live in Moose Lake actually and my wife and I drive up probably three or four times a week just to play. We are so addicted to the sport,” said DISC Member Tim Caroline.

“We came up here because we knew Duluth had the open pickleball times and it’s just been absolutely a blast playing nonstop,” he continued.

The DISC consists of eight indoor pickleball courts, and have open play every day of the week. They also offer clinics, camps and beginners lessons for new players.

“Pickleball players are very welcoming so new players that haven’t played in a while even advanced players. It’s for anyone that wants to come get some exercise in an indoor facility,” claimed Joe Jurich a DISC Membership Counselor. 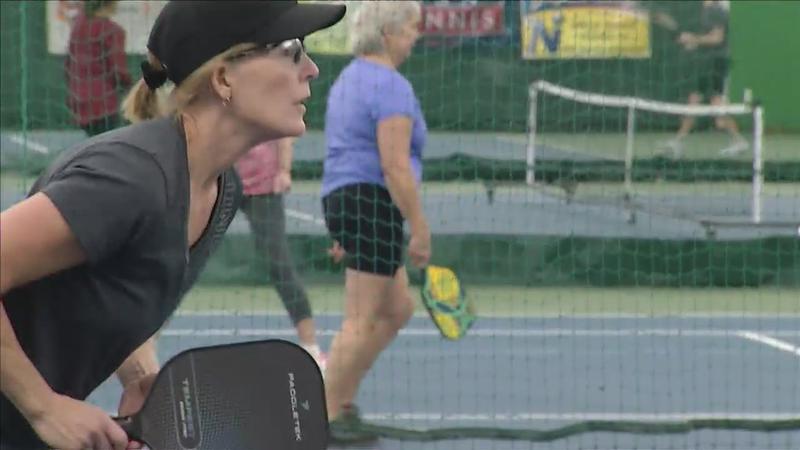 Pickleball at the DISC.[WDIO/Glenn Kellahan]

The cost for members to compete in a two hour session is $2/person and $6/person for non-members.

For those that don’t have any gear paddles and balls are available at the front desk at no charge.

“You wouldn’t think it would be much exercise since its only half the tennis court but you get moving you’re going back and forth. It’s pretty fast and it is fun, you get competitive everyone wants to win, but you walk away afterwards and say it was great,” said Duluth Area Pickleball Association President Brian Ronstrom.

The popular paddle sport, which has similarities to tennis and ping pong, has attracted more than players of all ages, also the City of Duluth.

“One of the big things we accomplished last year was working with the City of Duluth to get outdoor courts at Wheeler. So next spring we are going to have a big grand opening hopefully,” Brian Ronstrom continued.

Those Wheeler Athletic Complex Courts will be the first designated outdoor spaces in Duluth.