Up North: Learning to polka at the Earth Rider Bock Fest

Over the weekend tons of Northlanders flocked to the Earth Rider Bock Fest to enjoy the festivities, but also learn how to polka dance.

The polka is originally a Czech genre of dance music familiar throughout all of Europe, but for local Duluthians learning the moves was a first for some

"I’m just like trying to mimic everybody else’s movements, and move with everybody else. It was quite fun and enjoyable," said Jack Olson, polka newcomer

The band at the event was ‘The Polkarobics’ group that formed in 2017 as the demand for polka and Oktoberfest music rose in the Duluth area.

"We kept on getting asked if we would play polka festivals and things like this. We weren’t necessarily a polka band but we were like we could be, and that’s how ‘The Polkarobics’ started," said band member Jimi Cooper. 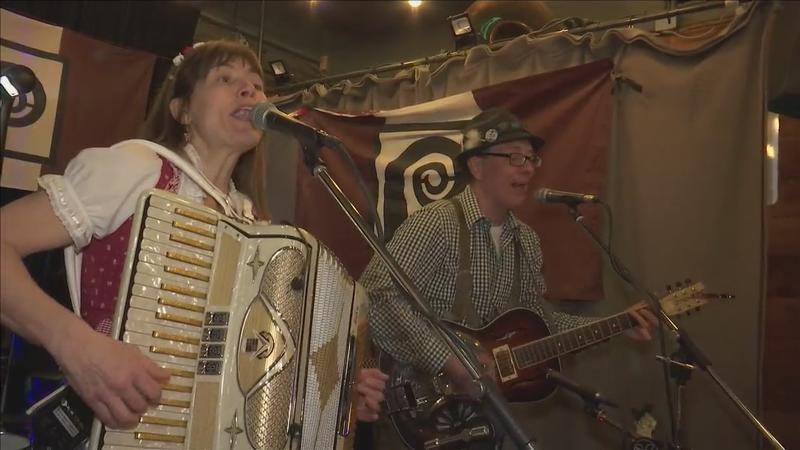 A polka band plays at the Earth Rider Bock Fest.[WDIO]

The band treated those willing to dance with a variety of polkas and waltzes. Their set list is made up of polka favorites like Tavern in the Town, Beer Barrel Polka and the Clarinet Polka.

"It is impossible to not enjoy yourself when you are polkaing, it is the happiest music there is. We all need more joy in our lives, we are kind of spreading the gospel and trying to really inspire people to dance more. Polkaing is so much fun and anybody can do it," concluded band member Suzi Ludwig.