Although the conditions at this year’s Fitger’s 5k were not ideal last Saturday, the race was still back to full capacity and boasted over 800 runners in the event showing how rain or shine, Northlanders will always brave the elements.

"I think the weather proves that, right? Anybody who’s out here today is really motivated to be here and to finish this race and be part of it," race organizer Zach Schneider said. "I think that’s what separates Duluth from a lot of different communities because a lot of other areas might have just packed it in, whether it be the organizers or the runners."

Duluth’s Scott Behling and Chelsey Youngberg were the men’s and women’s winners of the race. Behling finished with a time of 16:03, marking his fourth race victory, and his first since the 2019 event.

“It feels really great to just get out and run this course. I like it better than the old course that’s for sure," Behling said. "I was running with my buddy Tom most of the way so it was fun." 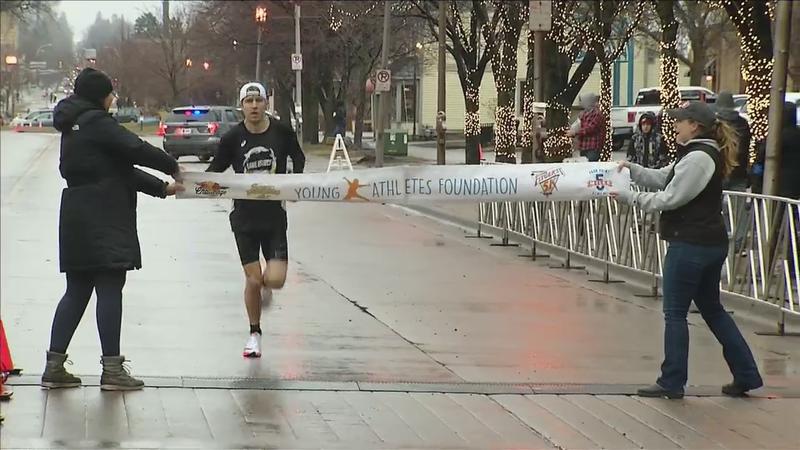 For Youngberg this was her first time as a Fitger’s 5k winner. She finished with a time of 19:30, nearly two minutes ahead of the second place finisher Elaine Nelson.

"I’m from Duluth, so this is my first Fitger’s 5k. I’m training for Grandma’s Marathon, so I just did an 18 mile run yesterday morning so I didn’t expect to do well today," Youngberg explained. "I just wanted to do it because it’s my boyfriend’s first race, so it was fun and not expected."

Both champions added they are using this victory to propel them to more success at this year’s Grandma’s Marathon.

“This will be my first time running it. So a lot of big miles earlier this spring, which has been tough due to the weather. Overall I’m pretty excited,” said Behling.

“This week I’ll be at like 54 miles, so I’m really excited for Grandma’s,” concluded Youngberg.

The 2022 Grandma’s Marathon will take place June 18th in Duluth.