Up North: Duluth runner battles through heart attack to run in Fitger’s 5k

41-year-old Duluthian Dylan Tusher is just over a week away from participating in his 20th straight Fitger’s 5k. Before he tied up the laces for this year’s race however, Tusher suffered a heart attack.

“After I signed up last month on March 14th, I had a heart attack. They had to put a stint into my left interior descending artery, they told me it was 90 percent blocked. When that artery is blocked even the doctors call that a widow maker so it was pretty scary,” said Tusher.

Tushers first 5k was the Fitger’s 5k back in 2002 at the age of 21, but even with his recent health struggles he’s been committed to getting back to where he was before.

“I am in cardiac rehab three times a week and I run about 50 minutes on the treadmill, and I also train at Anytime Fitness."

Tusher added, "this heart attack, this race, is part of a larger story. I have had a lifetime of struggling with substance abuse and all the conventional methods for recovery haven’t worked for me. So I was forced to innovate and create my own recovery program, and I see this heart attack as another challenge I get to overcome 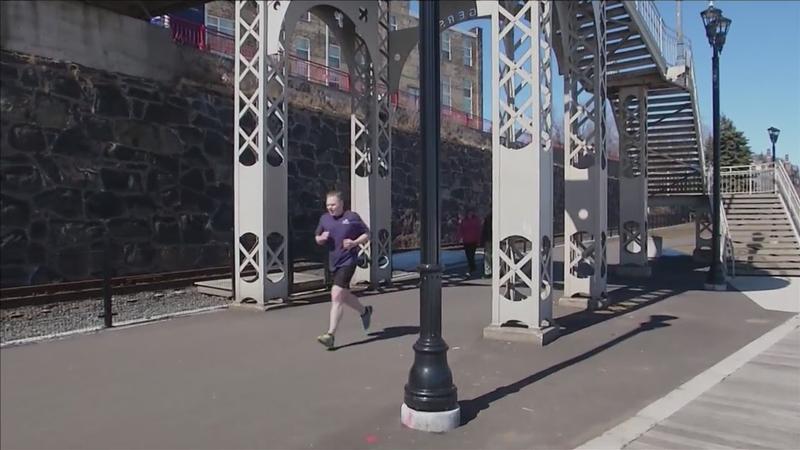 Dylan Tusher taking a run on the Lakewalk in Duluth.[WDIO/Alicia Tipcke]

The story of perseverance, and the ability to overcome obstacles in any shape or form, is something that transcends just running and inspires us all.

“That’s the beautiful thing about running is that everyone can set their own measure for success," Zach Schneider said, the Grandma’s Marathon Public Relations Director. "We can be in it together, we can both be successful on the same day on the same course. Which leads to a more spirit of community than competition, which is always good when you get that feeling against the runners."

With the green light from doctors, Tusher still plans on heading out to this year’s Fitger’s 5k on April 23rd, doing it this time as a run/walk.

“I wanted to make a point that this heart attack isn’t going to hold me down. I’m going to still run the race so there is a lot of meaning behind this one for me,” concluded Tusher.