In 18 games played so far this season Gabbie Hughes leads the University of Minnesota Duluth (UMD) women’s hockey team, and the nation, in points per game averaging 1.94.

However she is more than a team player on the ice, as the senior forward is acting as one of the biggest advocates for mental health awareness on the Bulldogs’ bench.

"What I love about Gabby and what she’s doing with Sophie’s squad, Green Bandana, but even before that in her personal experience, is talking about it openly in front of the team. She was the one that spoke up, ‘hey mental health resources are here on campus, here’s how you go about reaching out to them,’" said head coach Maura Crowell describing a team meeting. "She is single handedly changing our culture in a positive way."

Hughes has helped the non-profit Sophie’s Squad grow at both the youth and collegiate hockey levels. It’s dedicated to removing mental health stigmas for athletes. The organization honors the life of Sophie Wieland, who skated for Hughe’s father in Sartell-Sauk Rapids, and lost her life to suicide this summer.

"When the coaches, I brought it to their attention possibly doing a game they were kind of shocked I even had to ask," Hughes recalled. "They were like ‘yeah we’re going to do a game, of course we are’. Just that support that I have, even on the men’s side, it’s really cool to see the impact its made." 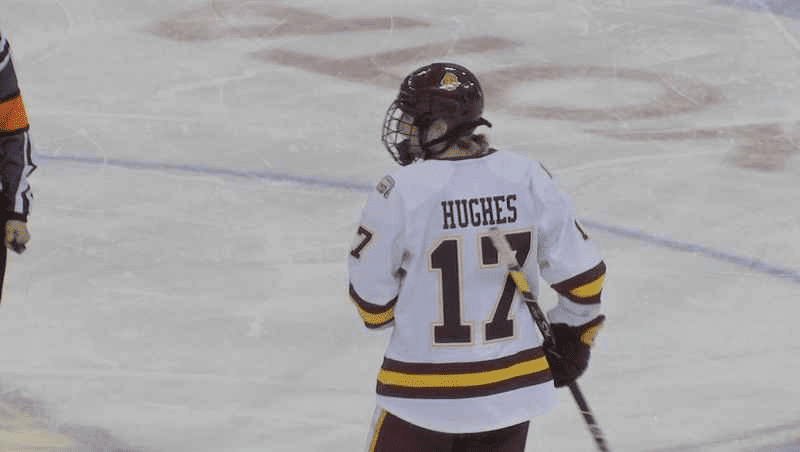 On Saturday UMD will host a Sophie’s Squad game against Bemidji State University at AMSOIL Arena. Puck drop is set for 3:01pm.