It was all sunshine and smiling faces Wednesday at Duluth Denfeld’s Public Schools Stadium as kids hit the turf for a free community sports camp hosted by the University of Minnesota Duluth (UMD) Black Men Serving Excellence (BMSE) group.

"Our initiative is uplifting the kids and the youth in our community," BMSE president Dayvia Gbor shared. "I can only imagine being a younger kid of color out in the Duluth area, where there’s a predominantly white city, seeing a large group of black men come out and do different things. That’s like ‘wow these guys [are] doing stuff that I see myself doing’."

Gbor added, "whether we build relationships, be mentors or role models for them, thought that’d have a big impact on them."

Kids from grades K-8 had the chance to participate in sports and activities led by Bulldogs, and everyone received a free T-shirt and dinner too.

This marked the first BMSE free community day camp, but Gbor said they hope to make it an annual event. 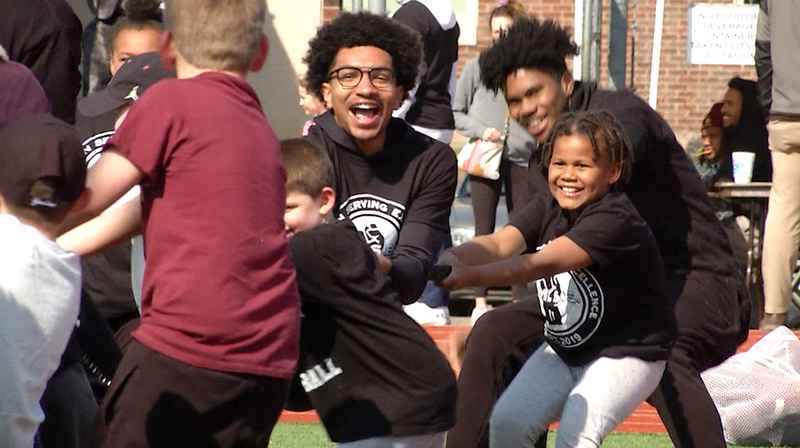