The University of Minnesota Duluth (UMD) women’s hockey team has checked off another offseason box. They announced Tuesday the signing of Czech Republic goaltender Blanka Skodova.

She is a graduate transfer from the University of Vermont entering her fifth year. This brings the Bulldogs’ netminder pool up to three for the 2022-2023 season. She’ll share the net with fifth year Emma Soderberg, and freshman Hailey Macleod.

In 13 games played last season for Vermont Skodova tallied a 1.99 Goals Against Average and a .900 save percentage. She also skated for the Czechia national team in 2020. 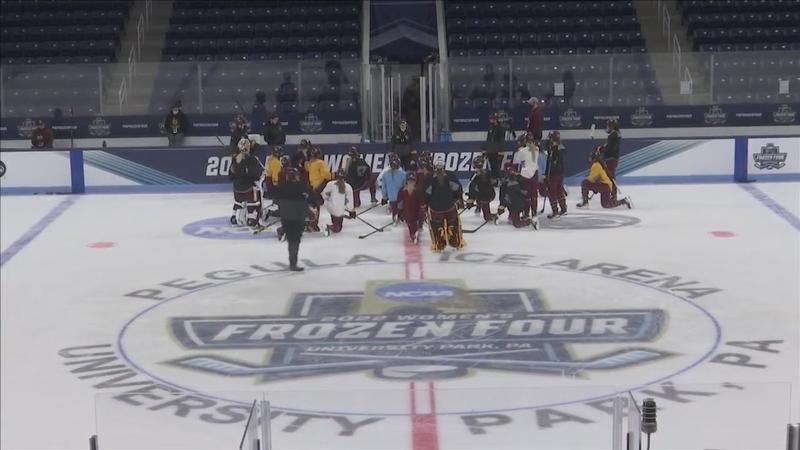 The UMD women's hockey team huddles up at the 2022 Frozen Four.[WDIO/Nick Johnson]