In the mid 1960s the University of Minnesota Duluth (UMD) started sponsoring a handful of women’s sports. Now, 50 years after the implementation of Title IX, nine of their 16 programs are women’s varsity teams.

Tuesday afternoon the Bulldogs held a special anniversary celebration to reflect on the importance of Title IX.

"This is a joyful day and it’s a historical day," UMD senior associate athletic director Karen Stromme said. "We have women from all different eras that are going to tell their stories on how Title IX has impacted their lives."

"I committed to Duluth my sophomore year of high school mainly because of the great amenities they provided for women’s hockey players, such as AMSOIL Arena," Rooney shared. 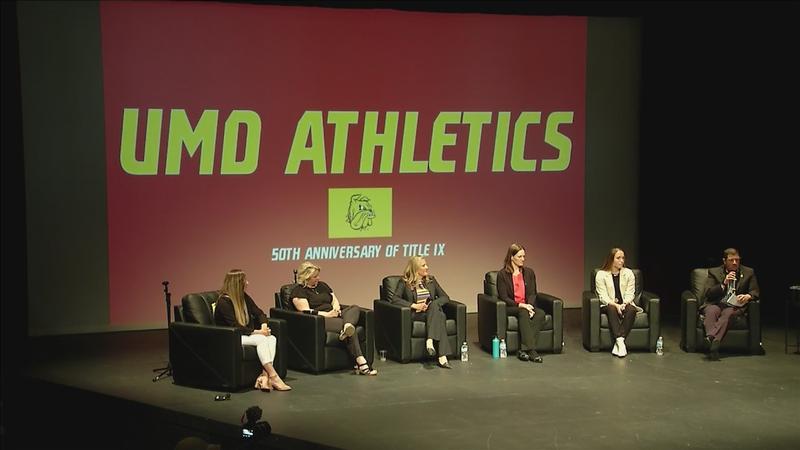